Posted by Christopher A. Brown January 31, 2023
The Value in Customizing a Fatherhood Program
There’s a lot of emphasis these days on implementing fatherhood programs with fidelity. Indeed, many funders of... END_OF_DOCUMENT_TOKEN_TO_BE_REPLACED
Posted by Ave Mulhern January 24, 2023
A Few of My Favorite Things… and they are FREE!
Posted by Christopher A. Brown January 17, 2023
How Father Involvement and Bi-Strategic Parenting Positively Affect Children’s Brain Development

The Latest, Surprising Portrait of Custodial Moms and Dads and Their Child Support 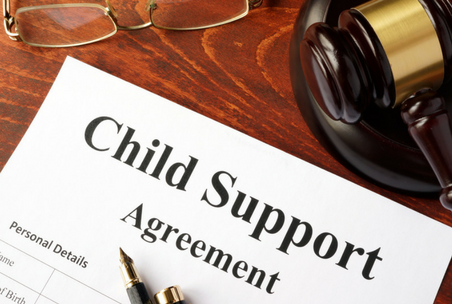 Because so many of our organization partners serve custodial and noncustodial moms and dads, National Fatherhood Initiative (NFI) keeps an eye out for the latest information and data on what’s happening around child support. While we’re keen to raise awareness of the importance of recognizing and leveraging dads’ non-financial contributions to their children’s health and well-being, the fact is many dads face child support challenges, whether they’re noncustodial and owe child support or custodial and are owed support.

The U.S. Census Bureau just released its most recent data on custodial moms and dads and their child support. The data are based on perhaps the most significant ongoing survey in America regarding child support, the Child Support Supplement to the Current Population Survey. The most recent survey took place in April 2016 and provides data for the 2015 calendar year. Here are some of the highlights:

Researchers also compared some of the data across more than a decade, and in some cases more than two decades. Some of those comparisons provide a portrait of trends in child support that might surprise you. For example:

The report further breaks down the data by demographics and continues to compare custodial moms and dads on a variety of variables.

I encourage you to download the full report and share it with your colleagues that serve families with child support challenges.

I also encourage you to check out National Fatherhood Initiative’s booster session that helps noncustodial dads better understand child support. It’s part of the FatherTopics™ Collection for Non-Custodial Dads. Click here to check it out. It also includes sessions that help noncustodial dads with other issues that many of them face, such as access and visitation and money management.

How much do you know about the reasons for a lack of a legal child support agreement between parents?

Did you know that National Fatherhood Initiative has a booster session that helps noncustodial dads better understand child support?