Posted by Christopher A. Brown May 17, 2022
Here’s What We Know About the Work of Federal Fatherhood Grantees
Have you ever wondered what the organizations that received federal funding to implement responsible fatherhood (RF)... END_OF_DOCUMENT_TOKEN_TO_BE_REPLACED
Posted by Ave Mulhern May 10, 2022
3 Ways to Keep Fatherhood Program Group Sessions Focused and on Track
Posted by Christopher A. Brown May 3, 2022
The Secret Sauce of Successful Fatherhood Groups 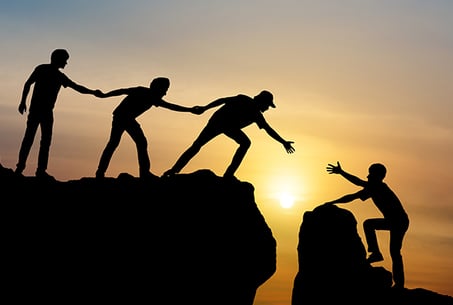 If someone asked you what’s the “secret sauce” of fatherhood groups, what would you tell them?

Before you continue to read this post, take a moment to reflect on that question. Write down your answer. Then see how your answer stacks up to mine!

Here’s the deal, though. I realized recently that I had to go deeper to provide a better answer to that question.

So, I applied the 5 Whys technique.

I asked, “Why is the support dads get so vital?”

When dads participate in a fatherhood group, it creates a safe space to do something that’s foreign to many of them. It helps them confront their perceived weaknesses and fears as a man, dad, and partner. Dads can lay themselves bare without the fear of blowback for being weak.

“…being honest with yourself and others, even—and especially—when that means confronting perceived weaknesses and fears. Vulnerability has long been part of traditions like Buddhism, Stoicism, and Taoism. Common to all of these traditions is an emphasis on digging deep and exploring your inner experience: opening to the good, the bad the beautiful, and the ugly. These traditions teach that facing your vulnerabilities helps you to more fully know and trust yourself, and to forge close and nourishing bonds with others [emphasis added].”

In other words, vulnerability is the bridge that allows dads to cross the emotional chasm between the fear of blowback for being open about their weaknesses and fears and acceptance that being open is the only way to become the best man, dad, and partner possible.

Continuing with the 5 Whys, I asked, “Why does vulnerability help dads to cross that emotional chasm?”

When dads show their vulnerability, it helps them heal from shame. So much of what men learn about what it means to be a man produces shame.

Emotion researcher Brené Brown defines shame as an “intensely painful feeling or experience of believing that we are flawed and therefore unworthy of love and belonging.” As a result, it affects how we interact with the world.

Because so many men are raised to view being vulnerable as a sign of weakness, expressing vulnerability means that they are flawed and unworthy of love and belonging, including in the broader world of men and dads.

By flipping the switch of vulnerability from weakness to strength, fatherhood groups diffuse the power of shame to shape how dads interact with the world.

After more than two decades working with organizations and individuals to more effectively engage dads, I continue to be amazed at how much I have to learn. I’m better prepared to share the secret sauce of fatherhood support groups. How about you?

What other factors are vital to the success of fatherhood groups?

Are you familiar with the 5 Whys technique? (Hint: You don’t always have to ask why five times.) Learn more about applying it in your work with dads in the on-demand Effective Facilitation Certificate™ training. It’s available in the Father Engagement Academy™ by National Fatherhood Initiative®.