Posted by Erik Vecere November 22, 2022
Learn How A Crucial Partnership Will Open The Door to Reducing Child Abuse and Neglect
Imagine my excitement when I received word that an organization called SCAN (Stop Child Abuse and Neglect) wanted to... END_OF_DOCUMENT_TOKEN_TO_BE_REPLACED
Posted by National Fatherhood Initiative November 15, 2022
Equipping Fathers and Organizations to Be More Father-Inclusive with Christopher Brown
Posted by Melissa Byers November 9, 2022
Trauma-Informed Care for Fathers and Families [Training + Free Resource]

The “When” of Marketing a Fatherhood Program 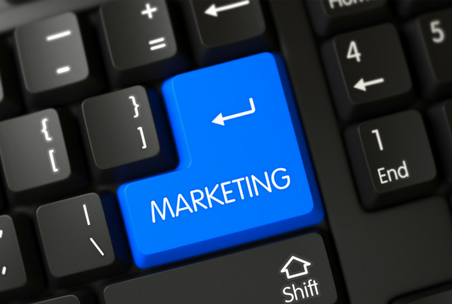 One of the primary challenges in serving dads is getting them to enroll in a fatherhood program. Meeting that challenge requires a successful marketing campaign.

And therein lies another challenge: What makes for a successful campaign?

While the specific details of the “what” of a successful campaign vary based on the organization, community, delivery setting, program details (e.g. length of it), and kinds of dads you want to enroll, there are three basic parts:

The method refers to the tools—such as flyers, door hangers, and public service announcements—and communication channels—such as referral partners, dads who have graduated from the program, and moms of the dads you want to enroll—you’ll use. The message refers to what you’ll say to dads to motivate them to enroll. The messenger refers to the people, organizations, and other entities you’ll engage that can deliver the message and that dads see as credible, trusted sources of information.

Enter “method, message, and messenger” into a search engine. You’ll find a ton of references to the importance of those parts for a successful campaign regardless of the campaign’s focus.

But there’s a fourth and often-overlooked part of a successful campaign that’s rarely discussed:

Perhaps it’s overlooked because “when” begins with an upside down “m.”

Seriously, though, it is just as vital as the “m” parts. Why is it so vital? Look no further than the burgeoning body of research on how crucial “time markers” or “temporal landmarks” are to people’s willingness to make a “fresh start.”

In his recently released book When: The Scientific Secrets of Perfect Timing, bestselling author Dan Pink reveals how people use specific dates or events to initiate change in their lives, such as eating healthier, starting an exercise program, or reengaging estranged family members. These temporal landmarks fall into two categories:

According to Pink, both kinds of landmarks serve two functions:

“First, they (allow) people to open ‘new mental accounts’ in the same way that a business closes the books at the end of one fiscal year and opens a fresh ledger for the new year. This new period offers a chance to start again by relegating our old selves to the past. It disconnects us from that past self’s mistakes and imperfections, and leaves us confident about our new, superior selves…The second purpose…is to shake us out of the tree so we can glimpse the forest…(they) slow our thinking, allowing us to deliberate at a higher level and make better decisions.”

Use landmarks to identify when to launch a campaign and when to take its activities and messaging up a notch for maximum impact.

The social landmarks shouldn't be hard to identify. If you want to serve dads in a faith-based setting, for example, you could use Easter for Christian dads, Rosh Hashana for Jewish dads, and Eid al-Fitr for Muslim dads. If you have a wider swath of dads you want to reach, use the start of the year or month.

The personal landmarks require a bit more work. You must know something about the dads you’ll encourage one-on-one to enroll. To help you identify personal landmarks, check out these 86 days in the year that are great for people to make a fresh start. (While you’re at it, watch the two-minute video from Pink.) You could talk with a dad about enrolling, for example, on his birthday or, better yet, on the birthday of his child.

You can take the application of this science even further to identify the when of holding events associated with your program, such as the best day for group sessions or a monthly workshop. It’s better to hold weekly sessions of a fatherhood program on a Monday, for example, than on a Thursday. It’s better to hold a monthly workshop for dads on the first Saturday of the month than on the third Saturday of the month. This application can help with recruitment’s sibling challenge: retention.

Remember that for many dads, becoming a better dad requires a fresh start, particularly if they’ve had a long physical or emotional absence from their child’s life. That’s why this science of timing can be a powerful tool in your efforts to serve dads!

Have you thought about the when of launching and running a marketing campaign for your program?

Do you know that National Fatherhood Initiative’s “Be There Campaign” Marketing Kit has proven tools for the method and message parts of a successful campaign?