Posted by Christopher A. Brown November 29, 2022
How to Advance Equity for Fathers in Human Services
If you’re a regular reader of this blog, you know that there’s a lack of equity in human services. Our nation’s human... END_OF_DOCUMENT_TOKEN_TO_BE_REPLACED
Posted by Erik Vecere November 22, 2022
Learn How A Crucial Partnership Will Open The Door to Reducing Child Abuse and Neglect
Posted by National Fatherhood Initiative November 15, 2022
Equipping Fathers and Organizations to Be More Father-Inclusive with Christopher Brown

This Rising Trend Bodes Ill for Future Dads and Their Children 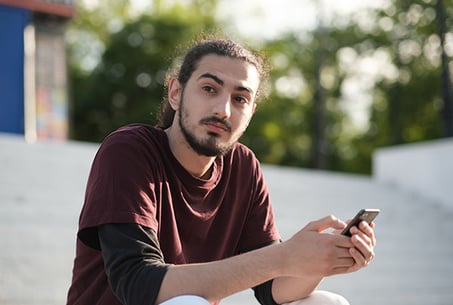 A rising share of men in the U.S. live without a spouse or partner. This rise is especially troubling for those men who might one day become dads.

What are the implications for serving expectant and first-time dads?

I’ll attempt to answer that question momentarily. First, however, I’ll share some of the troubling statistics.

Today there are large gaps in economic and other outcomes between unpartnered men and partnered men.

Why does all of this matter?

While the rise in unpartnered men has broad societal consequences—namely, as the study points out, that unpartnered adults often have worse economic, social, and health outcomes than partnered adults—organizations that serve dads should brace themselves for the wave of expectant and first-time fathers that’s already arrived on their shores.

These men are likely to be more poorly equipped than previous generations of men for the challenge of fatherhood. Unpartnered men are simply more likely when they eventually become a dad to lack the foundation to succeed in that role, at least when they first enter it. For organizations that serve dads, they need to place an emphasis on providing resources that make up for the challenges many unpartnered dads will have, such as the need to find employment, increase their education, develop skills in healthy relationships, improve their health, and learn how to live independently. Having these wrap-around services in place to help unpartnered dads build the foundation they need as quickly as possible will help ensure that they become the dads their children and partners need them to be. (National Fatherhood Initiative® highlights the importance of wrap-around services in our online, on-demand Recruitment & Retention Certificate™ training.)

I encourage you to read the study. It includes lots of rich data and something I didn’t share in this post—what’s driving this rise in unpartnered men. The answer might surprise you.

Has your organization braced for the wave of unpartnered men becoming dads?

What do you think is driving this troubling trend?

*Financially vulnerable men have incomes that fall below 150 precent of the official poverty level for a one-person household.