Posted by Melissa Byers August 16, 2022
[Free Resources] Share the Success Sequence With Families You Serve
A few weeks ago, I posted a blog that highlighted the most recent findings on how the success sequence is effective for... END_OF_DOCUMENT_TOKEN_TO_BE_REPLACED
Posted by Christopher A. Brown August 9, 2022
Have Americans’ Attitudes About Stay-at-Home Dads Truly Changed?
Posted by National Fatherhood Initiative August 2, 2022
Parenting Styles – Which One is Best? 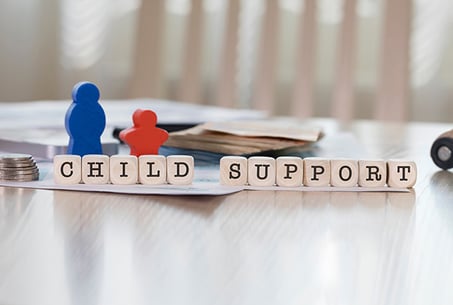 Made Men founder Nelson Gabriel is one of the most creative and energetic leaders that I’ve met who seeks to improve his community by developing more involved, responsible, committed dads.

The motto of his Kansas City-based nonprofit is to “empower individuals and communities to success through education, training, and connections to sustainable resources.” One of the primary ways in which Made Men pursues its mission is to help dads who struggle with child support to reduce their arrears.

The Case of Kansas

When I learned about the arrears-reduction component of Made Men, I contacted Nelson to learn how they put it in place and about its details. As is the case with so many effective interventions, I learned that a collaborative effort was key to establishing it. And this is where the story he shared became more than just about Made Men. It became a story about an entire state.

Nelson shared that a group of Kansas organizations with fatherhood programs came together and, through a series of discussions, created a proposal that they presented to officials with Child Support Services (CSS) at the Kansas Department for Children and Families. Each of these organizations recognized that to mount a successful effort to help noncustodial dads with the child support challenge, it would help to show CSS how widespread the challenge is, present a proposal with support from communities across the state, and propose a simple, flexible solution that could work in any fatherhood program.

The proposal centered on CSS establishing a program that consisted of tiered incentives that would reduce a dad’s arrears. The program had three components.

CSS officials agreed to implement the program, which it has amended several times with additional incentives.

According to Nelson, the current CSS program includes the following reductions and criteria:

The flexibility enters the program through the wrap-around services and associated reductions that an organization might provide. Examples include:

As I mentioned earlier, the organizations that created the proposal recognized that the program had to work in any fatherhood program. Here’s how it plays out in Made Men.

Made Men serves dads through its Life Strategies program. The components of this 120-hour program include:

Dads can receive a maximum reduction in their child support arrears of $3,500. Dads who complete the entire program are eligible for employment by national and local businesses through an agreement each business established with Made Men. (National partners include FedEx and UPS.) In addition, up to two program graduates can acquire a full-ride scholarship to attend Grantham University.

I asked Nelson what are the most important pieces of advice he’d give to an organization that wants to establish a similar partnership with their state’s child support agency. He said:

Look for the second part of this post next week.

Do any of the noncustodial dads you serve struggle with child support?

Have you thought about the value to noncustodial dads of adding a reduction in child support arrears to your fatherhood program?