Posted by Christopher A. Brown January 31, 2023
The Value in Customizing a Fatherhood Program
There’s a lot of emphasis these days on implementing fatherhood programs with fidelity. Indeed, many funders of... END_OF_DOCUMENT_TOKEN_TO_BE_REPLACED
Posted by Ave Mulhern January 24, 2023
A Few of My Favorite Things… and they are FREE!
Posted by Christopher A. Brown January 17, 2023
How Father Involvement and Bi-Strategic Parenting Positively Affect Children’s Brain Development

Why Evidence-Based Fatherhood Programs are Important for Dads

Depending on where you look, the term “evidence-based” can have slightly different meanings. Generally speaking, however, it refers to a program that has been found by independent research to affect a change in program participants compared to similar individuals who did not participate in the program.

Researchers refer to program participants as the “intervention group” while referring to non-participants as the “control group.” A program becomes evidence-based when this rigorous approach to evaluating it has shown the change is not likely due to chance but to the impact of the program. 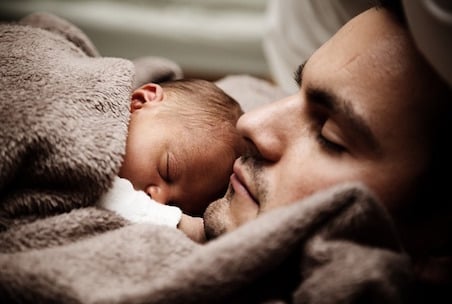 Using an evidence-based designation is important for service providers (e.g. using one makes it easier to compete for funding). It’s also important for dads to know why they should participate in one. Here are two of the primary reasons.

Service providers shouldn’t be the only people on the look out for evidence-based programs. Dads should be equally motivated to seek out these programs and know that the time they invest will produce healthier relationships with their children and families.