Posted by Ave Mulhern January 24, 2023
A Few of My Favorite Things… and they are FREE!
You may know that National Fatherhood Initiative® (NFI) is the nation's leading provider of fatherhood research,... END_OF_DOCUMENT_TOKEN_TO_BE_REPLACED
Posted by Christopher A. Brown January 17, 2023
How Father Involvement and Bi-Strategic Parenting Positively Affect Children’s Brain Development
Posted by Erik Vecere January 10, 2023
One-On-One Delivery of NFI Programs – So Simple, So Effective!

Why “Going to Where the Dads Are” is Key to Recruitment 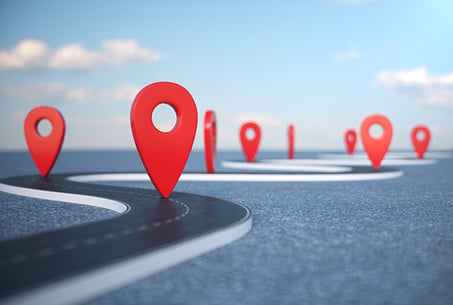 That’s how I reacted upon learning of the success of 24/7 Dad® program facilitator Tim Morgan running the program in five diverse locations in Abilene, Texas.

Tim is new to this work. He joined the Fatherhood EFFECT program of BCFS Health and Human Services as a parent educator in July of 2018.* Although he didn’t have experience running a fatherhood program, he instinctively knew that he had to take BCFS’ program to dads. If you’ve attended a training on any of our programs, you know that “Going to Where the Dads Are” is an NFI recruitment and retention mantra.

In January Tim sent me an unsolicited email that summarized his experience getting the program launched in each of the locations. He noted where he had facilitated 24/7 Dad® and, for each location, the number of dads who started the program and graduated, the pitfalls he encountered, and how he planned to work with his primary contact to avoid those pitfalls with future groups.

What stood out to me was that, despite the pitfalls he encountered, 48 men started the program and 28 graduated from it. While that might not seem like a lot of dads, if you’ve ever tried to get a fatherhood group off the ground, I’m sure you’ll agree that’s a great start.

So, I asked Tim how BCFS had gotten the program into each of the locations in the first place. (After all, it doesn’t matter how good a program you have if you can’t convince potential community partners it will be valuable to them and the dads they serve.) In addition to going to where dads are, what Tim shared is a prime example of two other recruitment and retention tactics we encourage programs to use.

Both of these locations are faith-based residential recovery centers for men. BCFS enjoys a long relationship with both centers. The men admit themselves to the centers and are typically referred by the court or probation and parole. Both centers require dads to enroll and graduate from 24/7 Dad®.

BCFS also enjoys a long relationship with both of these organizations. Dads’ attendance in both locations, however, is voluntary. The Taylor County Substance Abuse Treatment Facility (SATF) is a correctional facility that serves high-risk offenders with substance abuse issues. Grand Works Halfway House (GWHH) serves men with substance abuse issues, many of whom are on parole. Both environments encourage enrollment and participation. Indeed, the Taylor County SATF has had a full group (e.g. 12 dads) every time they’ve run one.

Although a single point of contact in both locations recruit dads—the program director at the Taylor County SATF and the house manager at GWHH—Tim said that the main reason for the success in both locations is word-of-mouth. 24/7 Dad® graduates talk about the class with dads who haven’t participated in it and encourage them to enroll. Tim also stops by GWHH when he’s not facilitating to recruit dads.

While BCFS had a relationship with Dyess Air Force Base, it hadn’t resulted in success for Fatherhood EFFECT. BCFS had a hard time recruiting dads into the 24/7 Dad® program offered off-base. So, Tim presented on the program to personnel at the clinic on base—a group that included doctors, nurses, social workers, and case managers—and encouraged them to offer the program on-base. That approach worked. BCFS started a group open to dads in the Air Force. Also eligible were dads who were spouses of moms in the Air Force.

BCFS graduated five dads from the first group. Those graduates advocated for extending the program to 10 weeks, which decision makers approved. Moreover, they spread the word to other dads. This word-of-mouth, along with more flyers and emails to master sergeants, resulted in a full house of 12 dads enrolling in the second group.

Tim’s experience points to the type of community partner that can provide an ideal setting for recruitment and retention.

What existing relationships can you leverage into a winning recruitment and retention effort?

Which recovery- or corrections-focused organizations might be willing to offer a fatherhood program at their location?

Where else can you deliver the program where dads are so that they don’t have to come to you?

* EFFECT stands for Educating Fathers for Empowering Children Tomorrow. It’s funded by the Texas Department of Family and Protective Services, Prevention and Early Intervention Division. For more information on the program, click here to read an evaluation of it that includes the impact of 24/7 Dad® on reducing the risk of child abuse and neglect.