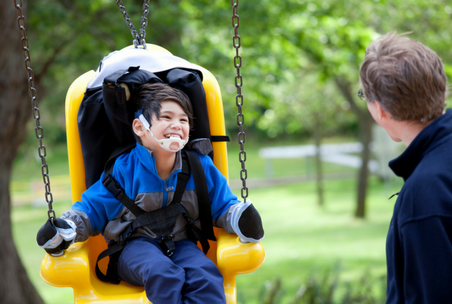 Microsoft CEO Satya Nadella is widely credited with turning around the fortunes of the tech behemoth since he took over for Steve Ballmer in 2014. Tech industry watchers point to the many business reasons for the turnaround—strategic and product related. But what does Nadella say was a key driver?

Why? Because, Nadella says, empathy for the customer is a key driver of innovation. He has helped Microsoft and its employees to become more empathetic. That empathy, along with other “soft skills” such as confidence, have helped Microsoft to shed products and services that no longer met customers’ needs and create new ones that do.

Where does his empathy come from? Two sources, primarily.

The first is his own father, whose patience as Nadella struggled in school reflected deep empathy toward his son until, finally, Nadella found his passion.

Nadella’s empathy further developed after his wife gave birth to Zain, their first child. Zain was born with cerebral palsy. As reported in Knowledge@Wharton,

“He candidly described his feelings: ‘For multiple years I struggled with it: Why did this happen to me? Why were my plans thrown out the window?’ He said that it was only by watching his wife soldiering on, taking the baby to every possible therapy to give him the best chance in life, that he eventually realized, ‘Nothing happened to me; something happened to Zain. And I had to step up and be the parent and the father.’ Nadella said his experience of having a son with special needs increased his long-held interest in accessibility. He stated that artificial intelligence (AI) holds great potential in this area. ‘More than anything else, AI completely changes the game around accessibility.’”

Nadella has channeled his empathy for Zain into helping Microsoft make stalwart products like Windows more accessible for people with special needs (e.g. ALS, or Lou Gehrig’s Disease). Microsoft is also using AI (artificial intelligence) to create an app that allows a smartphone’s camera to recognize and describe objects for the visually impaired.

Helping dads of children with special needs develop empathy for their children—and deal with and move on from the impact that having a special needs child has on any parent—is vital. In January, we published a two-part post in this blog by Louis Mendoza of Kindering, a nonprofit in Washington state that serves parents of children with special needs, and the Washington State Fathers Network, an alliance of affiliated organizations that also serve dads of these children. Louis shared 10 tips for working with these dads, five in part one and five in part two. I encourage you to read both parts.

In addition to the organizations that make up the Washington State Fathers Network, here are a few other resources for you and these dads: