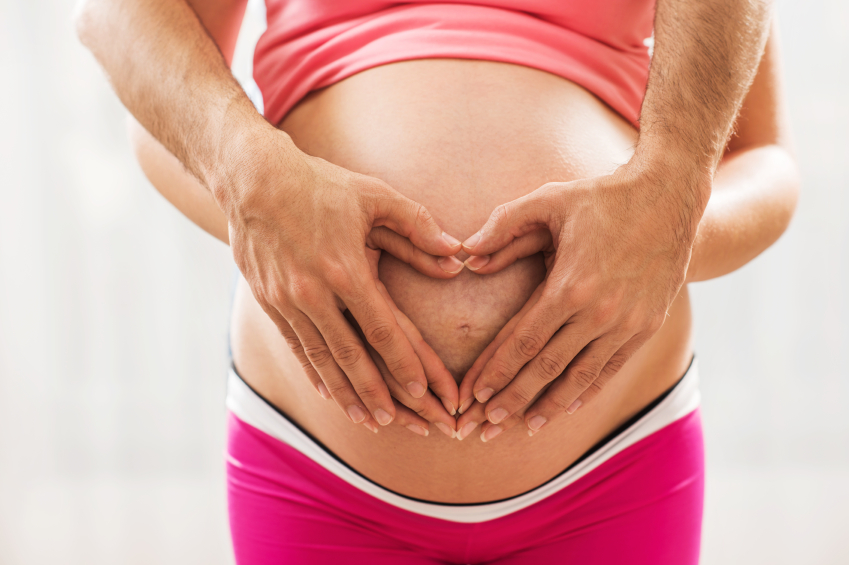 Of course, coming from an organization called National Fatherhood Initiative, I asked the other booth attendant if they had a sticker saying “Fatherhood Begins at Conception”? The attendant kind of stumbled and said no, they hadn’t thought of that, but that if I wanted, she was sure I could get the company to manufacture one.

As I meandered around the exhibit hall, I was taken by the fact that there were very few - okay, only one other exhibit that had a reference to fathers. And, to my knowledge there was only one workshop offered that addressed fathers or fatherhood that year. These findings made me sad, and I knew something had to change. A child needs both parents in their lives, and they do much better physically and emotionally when dad is involved right from the start.

That’s why I’m happy to report that I’ve seen an evolution of sorts in the last few years when it comes to addressing the importance of fathers within Pregnancy Resource Centers (PRC’s). Obviously, Roland Warren’s role at CareNet has created a clearer focus on fathers within PRC’s. But more so, I have a sense that the centers themselves are also embracing the idea of whole family, and coming alongside not just the moms during the pregnancy, but the dads as well. Thrilling!

As I reflect over the last couple years, change has truly been in the air. In 2013, NFI provided a free webinar PRC’s on the Frontlines of Fatherhood, and in 2014, NFI offered another free webinar, Pregnancy Centers and Dads, Intense Work! - Both well attended by PRC’s. Further, NFI was invited to conduct 2 workshops at the 2013 CareNet Conference, and in 2014 NFI provided an Advanced Track training for Doctor Dad®, as well as a fatherhood panel discussion workshop (we were part of a full fatherhood track with several fatherhood related offerings in every set of sessions.) Again, thrilling!

On a personal note, I recently had the chance to see fathers engaged in a local pregnancy center in which my husband and I volunteer. The center’s regular fatherhood volunteer suddenly became ill, and my husband was asked, at the last minute no less, to fill in. I equipped him with NFI’s downloadable resource, 17 Critical Issues to Discuss With Dads, to give him a simple resource to use to engage the guys that night.

But alas, there were no dads that first night. However on the second night there was one, and on the third night there were two waiting for him when we arrived! My husband’s commented on this resource as “genius” because he can conversationally insert a topic and the dads respond and conversations are started. I use this example to say that many NFI resources can be suited to any father interaction, whether one-on-one or in a group situation. And as you can see from first hand experience, a person does not need extensive training to help fathers/fathers-to-be. Just a willing heart and a helpful tool to guide the conversation! This goes to show: if you are a PRC who has a committed, willing volunteer, who is committed, along with a solid resource (whether a brochure, discussion guide or full-blown training program) – you can reach fathers.

As always, please feel free to reach out to me for ideas on reaching fathers through pregnancy centers: Ave Mulhern, amulhern@fatherhood.org, 240-912-1265.

Fatherhood Leader > Learn the 17 Critical Issues to Discus with Dads