Posted by Christopher A. Brown May 4, 2021
A Must-Read Book on Fatherhood Programming
If you’ve subscribed to this blog for a while, you know that I’ve blogged often about the fantastic research sponsored... END_OF_DOCUMENT_TOKEN_TO_BE_REPLACED
Posted by Ave Mulhern April 27, 2021
Paving the Way for a Powerful Fatherhood Pledge
Posted by Erik Vecere April 20, 2021
How to Facilitate a Fatherhood Program in a Virtual World: Part 2

Is It Finally Time to Put Marriage in the Dustbin?

Recently, economist and long-time promoter of marriage Isabel V. Sawhill made a surprising about face with the release of her book Generation Unbound. As Brigid Shulte wrote in the Washington Post, Sawhill has reversed her position as an unlikely marriage advocate. She's a Democrat, works at the non-partisan, centrist Brookings Institution, and based her support of marriage not on traditional values but on the data that shows children raised by married parents fare better, on average, than children raised in other family forms. 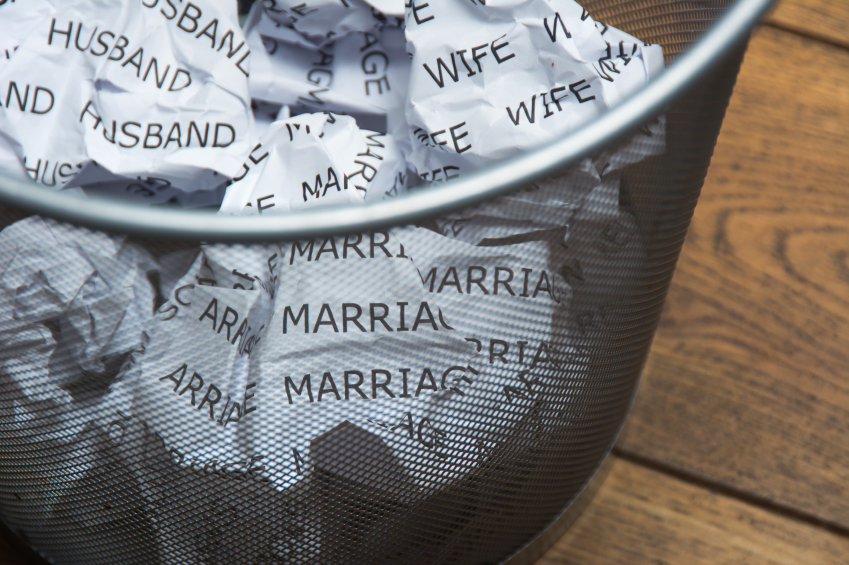 Sawhill's staunch evidence-informed support of marriage earned her broad-based praise among proponents of marriage. So many marriage advocates, including me, were shocked when she said, as Shulte points out, that it's time to give up. It's time to stop trying to save an institution that's been in decline for so long it's irretrievable. Better to identify what can replace it as a better alternative to stopping and reversing the rise in single parenting which, almost everyone agrees, is bad for children and leads to spending billions of dollars on social programs that address its consequences.

Where to Hang Your Hat

Does she have a point? That depends on where you hang your hat in terms of the argument for or against giving up on promoting marriage. If you hang your hat on trends in marriage rates, you'd be hard pressed not to agree with Sawhill. Consider that:

So, we're a less-married nation, but some of us are getting married at higher rates than ever before while others of us are less likely to get married. And this decline continues even though the federal government and some state governments have been doing everything they can since the mid 2000s to promote marriage by funding marriage-promotion programs.

If, however, you hang your hat on the impact of the state of marriage -- and depending on the kind of impact that's your focus -- your answer might or might not support Sawhill's new position.

The decline in marriage and the marriage gap has received quite a bit of recent attention and generated some debate about their impacts. Most of the debates focus on the impacts on adults, children, or both. Those that focus on the impact on adults are mixed. (See this piece by the Brookings Institution as an example.) Those that focus on children, however, overwhelmingly conclude that the impacts are not good, especially for the poorest children.

The impact on children is where I have always hung my hat, and is where, not surprisingly, National Fatherhood Initiative hangs its hat when it comes to the negative effects of father absence. What hasn't changed since we started collecting data on marriage rates is the ream of data on the impact on children when they grow up without their married parents that shows these children, regardless of socio-economic status, don't fare as well, on average, as children who grow up with their married parents. Moreover, it's not just children who suffer. Communities also suffer. As I've written elsewhere in this blog, family structure is the most important factor in the upward economic mobility of families. Economic mobility is not only more difficult for children living in single-parent homes. Communities with large percentages of single-parent homes make economic mobility more difficult for everyone in the community.

Can We Afford to Give Up?

These facts, based on boatloads of evidence, should cause everyone to stop and ask whether we can afford to stop attempts that seek to reverse the decline of marriage. While renewing marriage is not a magic bullet that will cure all of the ills related to child poverty and other issues of child well-being, it's the most vital part of the prescription.

So how can we, as Sawhill has concluded, just give up on marriage? She suggests that there is another answer that makes it okay to give up -- that there is a better alternative to stopping and reducing the rise in single parenting, and that it's just a matter of figuring out which one it is.

She offers some ideas, such as marriages with "time limits." They'd end, say, after 5, 10, 15 years. Like moving from one job to another. (Unfortunately, too many people already treat marriage in this way.) Would these contracts create an institutionalized form of a new kind of friends with benefits? Would we call these marriages "contracts without consequences?" Could they be "terminated by either party for any reason with 30 days advanced written notice?" If we go this far, marriage would certainly be dead as it would be reduced to nothing more than a contract stripped of the characteristics that make marriage work, such as love and commitment in the best and worst of times.

She also mentions Scandanavian-style long-term cohabiting. While that might work in Scandanavian countries, that rent-to-own experiment has been underway in the U.S. for some time, so long, in fact, that cohabitation is now the most common pathway to marriage. But it has done nothing to stem the tide in single parenting. The rapid rise in single parenting has kept rolling along despite the just-as-precipitous rise in cohabiting -- no inverse correlation there.

Shulte notes that Sawhill hasn't given up, fortunately, on the need to reduce the impact of single-parent homes on child well-being. So perhaps, to use language borrowed from the Lean Startup movement, she's only "pivoting" on her position, instead of reversing it, when it comes to addressing the problem of child poverty. Just as many technology and consumer product companies have adopted rigorous and rapid testing of products that often result in pivots (i.e. changes) on their features and functions to achieve their ultimate goal of meeting consumers' needs, Sawhill might be suggesting the answer lies in experimenting with and tweaking approaches to solve our nation's need to reduce child poverty.

To identify approaches to solving any problem, it's vital to start with a desired outcome or goal. Her suggested goal is to establish an "ethic of responsible parenthood," which is ironic given that the creation of that ethic is a primary function of marriage. She recommends establishing this ethic through, in part, the use of long-acting, reversible contraceptives (e.g. IUDs) that couples would use until they are ready to have children. Much more effective than the pill or condoms, their use could reduce the likelihood of poorly timed and unwanted pregnancies.

While there are many ideological and practical hurdles to overcome implementing such an experiment and taking it to scale, I seriously doubt it would ever gain enough traction -- short of a mandate that smacks of mass sterilization -- to have a measurable effect on reducing single parenting. Despite the success of efforts to reduce teen pregnancy (the focus of most calls for long-acting contraceptive use), the rise in out-of-wedlock births has continued unabated largely because of the rise in out-of-wedlock births to twentysomethings that is now at an all-time high. It would also require massive amounts of government and private funding to make these contraceptives affordable to the poorest Americans.

The answer to addressing the rise in single parent homes and all of its consequences, not just child poverty, is not to give up on marriage. The answer starts with acknowledging where the problem lies.

The problem is with changing beliefs in America about family: specifically, about the function of marriage and its impact on child bearing. Most Americans now believe the function of marriage is to satisfy their desire for meaningful, life-long connection instead of as an institution for raising children and what children need to thrive. So it shouldn't be surprising that a majority of Americans today don't see anything wrong with unmarried childbearing.

To be clear, my problem with this belief is not that marriage should not satisfy someone's desire for meaningful, life-long connection -- I can't think of a better way to create such a connection. But focusing on that aspect of marriage to the detriment of marriage's primary function of raising healthy children has become a recipe for disaster.

I not only believe the problem lies in Americans' beliefs. I also believe the answer lies in Americans' beliefs: specifically, the belief that children deserve the best chance to succeed. It is that widely held belief that connects to Sawhill's spot-on contention that the institution of marriage is evolving and must evolve. It must evolve by expanding to include two functions, the new and the old. Marriage's function isn't a zero-sum game. It can and should be a "both-and" game. Marriage can serve its new function of providing individuals with deep, life-long connection and be renewed as the primary institution in which to raise healthy children.

If we can agree to focus on the goal of ensuring that children deserve to be raised in an environment that the research shows gives them the best chance to succeed and in which their parents can also thrive, then perhaps we can also agree that the answer to improving child well-being lies somewhere in this expanded function of marriage. To do so, we must challenge our tendency to look at controversial issues as a zero-sum game and collaborate to identify, test, and iterate approaches that respect the evolving function of marriage and redirect its gaze back toward children's well-being.