Posted by Erik Vecere November 22, 2022
Learn How A Crucial Partnership Will Open The Door to Reducing Child Abuse and Neglect
Imagine my excitement when I received word that an organization called SCAN (Stop Child Abuse and Neglect) wanted to... END_OF_DOCUMENT_TOKEN_TO_BE_REPLACED
Posted by National Fatherhood Initiative November 15, 2022
Equipping Fathers and Organizations to Be More Father-Inclusive with Christopher Brown
Posted by Melissa Byers November 9, 2022
Trauma-Informed Care for Fathers and Families [Training + Free Resource]

4 Reasons to Promote Marriage to Dads 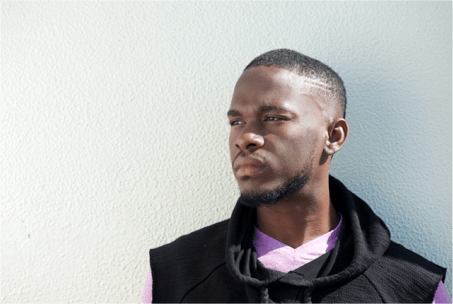 Did you think I'd say because it's in the best interest of children? And besides, that's just one reason, isn't it?

There's no doubt that growing up with married parents provides benefits to children. That's a vital reason indeed to promote marriage to dads.

But let's face it. Humans are motivated by self-interest. So it's important to appeal to dads' self-interest when it comes to marriage.

Here's the good news in that regard. Marriage is great for men! A recent brief from the Institute for Family Studies highlights marriage's benefits for men and, consequently, dads. Specifically, compared to single men, married men realize the following four benefits. They:

So if marriage is so great for men, why have we seen a decline in the rate of marriage? Massive culture change that's not in men's best interest (or their children's).

I've seen this change play out in the reactions of some facilitators to the marriage content in National Fatherhood Initiative® (NFI) programs. (NFI's 24/7 Dad® and InsideOut Dad® programs cover the benefits of marriage for men and their children.) One facilitator of a NFI program I interviewed, for example, simply doesn't include that content in the delivery of the program. When I asked why, the facilitator pointed to four reasons:

This acquiescence leads to a tacit discrimination against marriage by virtue of never addressing it. As a result, dads are denied the opportunity to learn and decide for themselves whether marriage is in their own and their children's best interest. To address the lack of comfort some facilitators have with addressing marriage, I stress the following points when I train them:

How do you feel about addressing marriage with dads? Focus on what you feel, not on what you think. If your feelings have caused you to discriminate against marriage in your work, can you move past them?

Did you know that there are seven distinct benefits of marriage for men?

Check out NFI's 7 Benefits of Marriage for Men brochure (in English and Spanish). Share it with the dads you serve!