Posted by Christopher A. Brown November 29, 2022
How to Advance Equity for Fathers in Human Services
If you’re a regular reader of this blog, you know that there’s a lack of equity in human services. Our nation’s human... END_OF_DOCUMENT_TOKEN_TO_BE_REPLACED
Posted by Erik Vecere November 22, 2022
Learn How A Crucial Partnership Will Open The Door to Reducing Child Abuse and Neglect
Posted by National Fatherhood Initiative November 15, 2022
Equipping Fathers and Organizations to Be More Father-Inclusive with Christopher Brown

A Profile of Dads Who Live with Their Kids 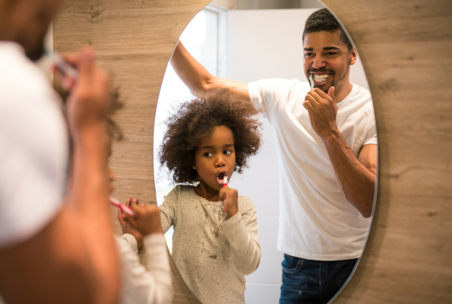 How much, then, do we know about “resident dads,” the term scholars like to use for dads who live with their minor children? Test your knowledge by answering the following questions.

Don’t worry if you struggled to know the answers. I did, too.

Lucky for all of us, we can increase our knowledge about resident dads thanks to research conducted by the National Center for Family & Marriage Research at Bowling Green State University. Click here to review and download their profile of resident dads using data from 2016. It includes answers to the questions above, as well as, the proportion of resident dads by age, education, and income, and whether they’re married or cohabiting.

A key driver of this research is the increase in dads living with stepchildren. While still a small proportion of dads overall, we’ve seen an increased demand for guidance on serving stepdads. Click here for a recent blog post with such guidance.

How much do you know about the characteristics of resident dads?

Does the profile of resident dads surprise you?