Posted by Christopher A. Brown May 17, 2022
Here’s What We Know About the Work of Federal Fatherhood Grantees
Have you ever wondered what the organizations that received federal funding to implement responsible fatherhood (RF)... END_OF_DOCUMENT_TOKEN_TO_BE_REPLACED
Posted by Ave Mulhern May 10, 2022
3 Ways to Keep Fatherhood Program Group Sessions Focused and on Track
Posted by Christopher A. Brown May 3, 2022
The Secret Sauce of Successful Fatherhood Groups

Recently, USA Today published at story titled, “Peterson’s Remorse is Real.” The article was the result of 90-minute interview the Minnesota Viking player Adrian Peterson about how to address his September 11, 2014 felony indictment for severely disciplining his 4-year-old son with a switch. 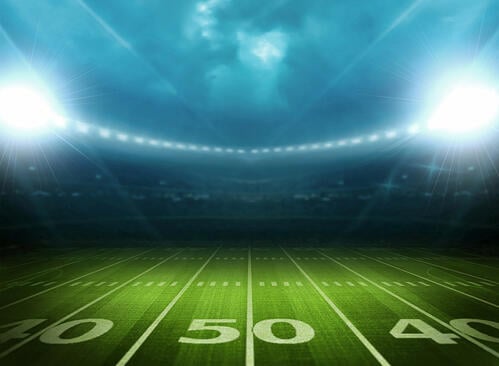 What struck me as ironic about this situation was how much it resembled a typical penalty call on an NFL play. Society's "referee" blew the whistle and said, "We have a penalty on number 28 of the Minnesota Vikings... Roughing a 4-year-old... Illegal use of the hands... Loss of salary and the ability to play for the rest of the season." And, then we were on to the next play. After all, Peterson was remorseful and said that he learned his lesson because he "won't ever use a switch again..."

However, despite Peterson's remorse, as a fatherhood "coach," I am compelled to throw a red challenge flag. We desperately need to review the tape again, because buried in the USA Today article was an important point that too few talked about.

But, as a fatherhood coach, I have to throw a red challenge flag on this one and suggest that we review the tape again. You see, buried in the USA Today article was a point that few talked about.

Peterson has six children with six different women—five of which are not in his home.

Now, don’t get me wrong. I am not saying the Peterson is not sorry for what he did to the child that he switched that day. My issue is what he is doing to his other children that he didn’t switch. You see, father absence is a form of abuse and neglect, especially when a father creates children where he’s absent by design. And this is exactly what Peterson has done.

Indeed, there are sins of commission and there are sins of omission. I believe that a child has a hole in his or her soul in the shape of a dad and that God whispers to a child in a mother’s womb that there will be a special one who will be present and love like no other. If a father is unable or unwilling to do this, it can leave a wound and a sense of abandonment that will leave a mark more severe and long lasting than a switch.

Moreover, I suspect the fact that Peterson doesn’t live with his 4-year-old son contributed to the likelihood of abuse. Why? Because a father can’t really know a child’s temperament and needs well without spending “quality and quantity” time with his child. Like a football play, a child develops and changes quickly. And, like Peterson needs to be in the huddle to hear a play, a father needs to be in the home to understand a child’s way. Otherwise, a father will discipline from the wrong playbook. Alas, in Peterson’s case, it was a playbook full of “switch play” that was passed down to him from his absent father.

Interestingly, the USA Today article said Peterson must now prove that he is not an absent parent. But, he is an absent parent, by his own design, to most of his children. Why? Because he failed to truly consider how his actions would impact his children. When one pursues short-term sexual pleasure, there can be long-term consequences on others, especially children. And, although Peterson may now have a desire to be a present father, he cannot be for most of his children. Discipline, not just desire, determines a father’s involvement and what needs to be disciplined most is a father’s sexual appetite. That’s why it’s not surprising that children do best across every psychological, social, educational, and economic measure of child well being, and are less likely to be abused, by fathers who are married to their children’s mothers. Good fathering is like good real estate. It’s about location, location, location.

Think about it this way. Let’s suppose that when NFL Commissioner Roger Goodell reinstates Peterson, he gives him a special type of privilege that allows him to play simultaneously for six different teams in six different cities. And suppose that Peterson assures each team that he cares about and is totally committed to each team’s success. Now, consider what would happen. Each team and its fans would be livid. Why? Because wherever Peterson plays, his teams need him every play, and on a given Sunday, some teams will suffer. Well, Peterson’s children need him every day. He may be fast but he can’t transcend the space and time continuum to kiss and tuck all of his children into bed at night. Alas, some children will suffer.

And here’s the sad part. No doubt, there would be more outrage about what Peterson would be doing to NFL football if he tried to play for six teams than has occurred regarding what Peterson is doing to his children. Unfortunately, our culture has a higher standard for football than it does for fatherhood. Scandals and bad actions of players are quickly forgotten when the product on the field -- a highly electrifying, exciting sport - continues to distract society from important off-the-field issues. Case in point - the New England Patriots exciting Super Bowl win for now has likely put an end to most of the talk of domestic violence and cheating allegations flying around the league.

In my view, there are two lessons that Peterson needed to learn, and both involve discipline: How to discipline his children and how to discipline himself. Did he learn them? Only time will tell. But, better yet, did we learn anything? Unfortunately, I fear not. It's on to the NBA plalyoffs...