Posted by Christopher A. Brown January 31, 2023
The Value in Customizing a Fatherhood Program
There’s a lot of emphasis these days on implementing fatherhood programs with fidelity. Indeed, many funders of... END_OF_DOCUMENT_TOKEN_TO_BE_REPLACED
Posted by Ave Mulhern January 24, 2023
A Few of My Favorite Things… and they are FREE!
Posted by Christopher A. Brown January 17, 2023
How Father Involvement and Bi-Strategic Parenting Positively Affect Children’s Brain Development

Be Aware: 10 Economic and Financial Forces that Affect Co-Parenting 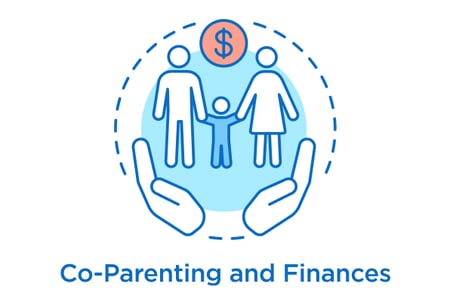 Before you read on, grab a pen and write down as many economic and financial forces as you can that affect the ability to co-parent effectively.

How many did you identify?

If you’re like me, it would have been easier to identify the non-economic and financial forces that affect co-parenting.

That’s because when it comes to working with dads and moms, we focus on the dynamics between parents rather than the broader forces that act upon parents—forces to which we and they are oblivious.

That’s why I was glad to learn about an excellent brief from the Association of Family and Conciliation Courts entitled, “Ask the Experts: Ten Economic and Financial Forces Affecting Co-Parenting.” To my point above, the authors of the brief start it this way:

“As professionals interacting with families, we understand the obligation to address emotions, needs, and interests with parents who are struggling with co-parenting decisions. It is a relatively new idea to consider how money and financial factors affect conflict between co-parents. Frequently, both the professionals and the parents are unprepared to approach problem-solving from this prospective. Professionals may overlook financial factors in attempting to help parents confront their disagreements. There are some basic points related to money that practitioners should keep in mind when trying to help co-parents resolve conflict and disagreements.”

Here are the 10 forces, taken verbatim from the brief. To learn more about each one, read the brief.

I encourage you to share the brief with your colleagues who work with parents. I also encourage you to raise your awareness of the co-parenting resources of National Fatherhood Initiative® (NFI), such as our Co-Parenting Bundle, that can help you help dads and moms to co-parent effectively.

How much did you know about the economic and financial forces that affect co-parenting?

How much do you know about the co-parenting resources of NFI?