Posted by Christopher A. Brown January 31, 2023
The Value in Customizing a Fatherhood Program
There’s a lot of emphasis these days on implementing fatherhood programs with fidelity. Indeed, many funders of... END_OF_DOCUMENT_TOKEN_TO_BE_REPLACED
Posted by Ave Mulhern January 24, 2023
A Few of My Favorite Things… and they are FREE!
Posted by Christopher A. Brown January 17, 2023
How Father Involvement and Bi-Strategic Parenting Positively Affect Children’s Brain Development

"Danger is real. Fear is a choice." —Cyper Raige (Will Smith), father in After Earth 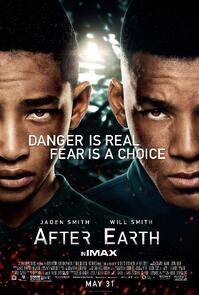 National Fatherhood Initiative (NFI) is proud to support the upcoming father-son adventure, After Earth, opening May 31.

Facing uncharted terrain, evolved animal species that now rule the planet, and an unstoppable alien creature that escaped during the crash, father and son must learn to work together and trust one another if they want any chance of returning home.

Although the film is set in a future world filled with evolved creatures and alien enemies, at its core is the relationship between a father and son whose bond has been strained by past trauma.

The film is set at that inevitable time when a father has to let his child go, and watch them live out the lessons they’ve been taught.

Fathers will leave the theater with a better understanding of the pressures of being a son, and sons will empathize with just how trying it can be for a parent to watch their child come of age. Stay tuned to our After Earth page for more details on the upcoming film.