Posted by Ave Mulhern January 24, 2023
A Few of My Favorite Things… and they are FREE!
You may know that National Fatherhood Initiative® (NFI) is the nation's leading provider of fatherhood research,... END_OF_DOCUMENT_TOKEN_TO_BE_REPLACED
Posted by Christopher A. Brown January 17, 2023
How Father Involvement and Bi-Strategic Parenting Positively Affect Children’s Brain Development
Posted by Erik Vecere January 10, 2023
One-On-One Delivery of NFI Programs – So Simple, So Effective!

Last week the Centers for Disease Control (CDC) released astounding data on the precipitous decline in the teen birth rate. The birth rate for teens 15-19 years of age fell 25 percent from 2007-2011 to an all-time low. The most significant drop, 34 percent, occurred among Hispanic teens. 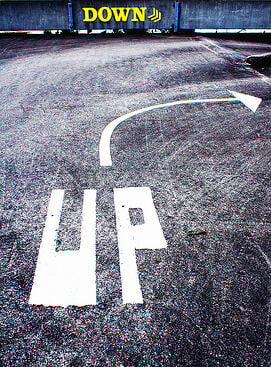 Dr. Howard Koh, the Assistant Secretary of Health at the U.S. Department of Health and Human Services, notes in the Huffington Post that this is an acceleration of the decline we’ve witnessed for more than two decades. Dr. Koh points to a number of key factors that have led to this decline that include stronger pregnancy-prevention efforts (e.g. most notably those spearheaded by the National Campaign to Prevent Teen and Unplanned Pregnancy), teens choosing to delay sex (i.e. abstinence), and contraceptive use among sexually-active teens. The good news from NFI’s perspective is that this decline helps prevent father absence in the lives of children and the range of poor outcomes that these children experience, on average.

As I reflected on these data and read Dr. Koh’s article, I couldn’t help but wonder why, despite this long-term trend, we see rates of unwed childbearing at an all-time high. The reason is that, more than ever, women in their twenties are having children out-of-wedlock. As I pointed out in an earlier post, nearly half of all births to twentysomethings (48 percent) occur outside of marriage. Coupled with the increase in age among women marrying for the first time exceeding the age at which they give birth to their first child, fathers should be very concerned about the prospects of our grandchildren growing up without involved, responsible, committed fathers in their lives.

So what are fathers to make of all this good and not-so-good news? One thing for certain is that fathers can breathe a little easier knowing that their teens are less likely to become pregnant or get someone pregnant than when they (fathers) were teenagers. (Can you hear a big “Whew!” coming from this father of two teenage daughters?) But none of us should be under any illusion that there aren’t the same temptations for teens today to have sex than when we were in their shoes. In other words, don’t let any grass grow under your feet as you consider when to send your daughters or sons the message to not have sex until, ideally, they are married.

What these data reinforce for every father is that the job of a father never ceases. When it comes to ensuring that our grandchildren grow up in homes with involved, responsible, committed fathers—regardless of whether we have daughters or sons—our work extends beyond adolescence and into our children’s twenties. We can’t breathe easy when we realize that so many children in our country are still at risk of growing up without involved, responsible, and committed fathers in their lives because of trends to which many Americans are oblivious.