Posted by Christopher A. Brown January 31, 2023
The Value in Customizing a Fatherhood Program
There’s a lot of emphasis these days on implementing fatherhood programs with fidelity. Indeed, many funders of... END_OF_DOCUMENT_TOKEN_TO_BE_REPLACED
Posted by Ave Mulhern January 24, 2023
A Few of My Favorite Things… and they are FREE!
Posted by Christopher A. Brown January 17, 2023
How Father Involvement and Bi-Strategic Parenting Positively Affect Children’s Brain Development

Are More Moms Opting In or Opting Out?

The following is a post from Christopher A. Brown, Executive Vice President and Vincent DiCaro, Vice President of National Fatherhood Initiative (NFI). Interested in blogging for us? Read our guest blog guidelines.

Whenever we think our culture has come a long way in the last 15 years on this issue, we see an article that reminds us that a lot of work remains to be done. 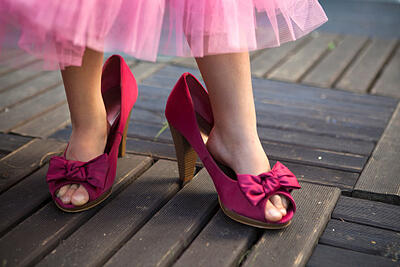 An article published this month on "The Daily Beast" website (a Newsweek property) has caused a lot of furor. The article, called "No Dad? No Problem. Meet the Moms Who Opt In Forever—and Aren’t Complaining," exemplifies an attitude that is growing in popularity in certain cultural circles; that kids do just fine without dads. To point, other than the mention of the word "dad" in the article's title, the remainder of the article has nothing to say about fathers or fatherhood.

So, despite the mountains of evidence that, on average, these children are at risk across every measure of child well-being, the article ignores the data and instead ends with a quote from one mom, whose own words prove that this is not about the well-being of children, but about "personal fulfillment" for adults: "I get to raise my child however I want. There’s no stress, no tension about child-rearing choices. Now I’m happy all the time. There’s not the emotional up and down. There’s never going to be custody disputes. She’ll never be taken away from me. I’ll never have that worry. It’s not as hard as people imagine."

The article contends that more moms are opting in to a life filled with the demands of work and parenting and doing it all on their own. These moms, dubbed SMCs (single mothers by choice), like the idea of having complete control over their lives including the raising of their children. A life that is free from the trials and tribulations created by men and marriage. There’s even a group called Single Mothers by Choice that SMCs can join and through which they can connect with other SMCs for mutual support. The group even helps SMCs form virtual and local support networks. The philosophy of the group is as follows:

“The word “choice” in our title has two implications: we have made a serious and thoughtful decision to take on the responsibility of raising a child by ourselves, and we have chosen not to bring a child into a relationship that is not a satisfactory one.”

We question how thoughtful that decision really is. (It’s certainly a serious one, but not for the reasons these moms might think.) They’re certainly not thinking about the increased risk their children face growing up without a dad. Indeed, in an article chocked full of quotes from SMCs, not a single one mentions anything about the children. They focus instead on how these mothers benefit from being SMCs. Thoughtful, it seems, means “thinking only about me.”

We also question the second implication of their choice and its validity. By definition, these mothers have chosen to bring a child into the world in the absence of a relationship, not in the presence of an unsatisfactory one. That part of their philosophy is simply a way to make themselves feel better about their choice—a convenient, and untruthful, excuse. The fact is they don’t want to mess with men and marriage and are willing to position their choice against an implication that doesn’t exist for them.

Finally, we question the sanity of that choice—bringing more fatherless children into the world. A country with 24 million fatherless children (1 in 3) and a world with millions more. A country in which it costs taxpayers at least 100 billion annuallyto pay for the consequences of father absence. So while these moms are opting in to a life as a SMC, they’re opting out of giving their children the love of an involved, responsible, committed father.

Question: How do you think a child should be raised?