Posted by Christopher A. Brown January 31, 2023
The Value in Customizing a Fatherhood Program
There’s a lot of emphasis these days on implementing fatherhood programs with fidelity. Indeed, many funders of... END_OF_DOCUMENT_TOKEN_TO_BE_REPLACED
Posted by Ave Mulhern January 24, 2023
A Few of My Favorite Things… and they are FREE!
Posted by Christopher A. Brown January 17, 2023
How Father Involvement and Bi-Strategic Parenting Positively Affect Children’s Brain Development

National Fatherhood Initiative (NFI) has contracted with the U.S. Army to place its fatherhood resources on installations worldwide to support the Army’s New Parent Support Programs. 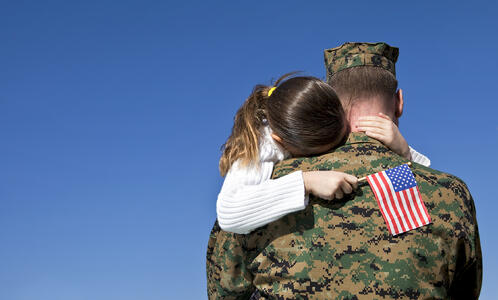 Over 117,000 fatherhood skill-building resources – including guides, brochures, tip cards, CD-ROMs, and more – are being distributed to 69 installations around the globe. This is the second “refill” of NFI resources that the Army has ordered; the initial set of materials was delivered by NFI in the fall of 2011, and the first refill was completed in the fall of 2012.

Working with the Army’s Installation Management Command (IMCOM), NFI continues to support the Army’s efforts to strengthen fatherhood and increase family resilience among Army families. Specifically, NFI’s programming is supporting the New Parent Support Program in its efforts to “help Soldiers and Family members who are expecting a child, or have a child or children up to 3 years of age, to build strong, healthy military families.” NFI’s programming is integrated into parenting classes and home visiting programs, and NFI fatherhood resource kiosks are displayed around the bases for easy access to the materials.

At a time when thousands of military fathers are returning from long overseas deployments, it is critical that our nation’s military fathers receive the education and inspiration they need to embrace their roles as fathers and to build their relationship and parenting skills.

Tim Red, a retired Army Lieutenant Colonel, father, and NFI’s Senior Program Support Consultant for the Military, said, “Building the skills and confidence of our nation’s military dads is a key ingredient in building resilience in military families. NFI is proud to support the Army’s critical efforts to strengthen military families.”

Since launching its Deployed Fathers and Families program in 2001, National Fatherhood Initiative has become the nation’s leading provider of fatherhood-specific resources to the U.S. Military. NFI has delivered over 760,000 resources to all five branches of the military on bases all over the world, and has been listed on Military OneSource, the Department of Defense’s support service for military families.

As the premier fatherhood renewal organization in the country, National Fatherhood Initiative (NFI), founded in 1994, works in every sector and at every level of society to engage fathers in the lives of their children. NFI is the #1 provider of fatherhood resources in the nation. Since 2004, through FatherSOURCE, its national resource center, NFI has distributed over 6.5 million resources, and has trained over 13,300 practitioners from over 6,100 organizations on how to deliver programming to dads. NFI is also the most quoted authority on fatherhood in America. Since 2009, NFI has been mentioned in over 3,400 news stories, and makes regular appearances in national media to discuss the importance of involved, responsible, and committed fatherhood.