Posted by Christopher A. Brown January 31, 2023
The Value in Customizing a Fatherhood Program
There’s a lot of emphasis these days on implementing fatherhood programs with fidelity. Indeed, many funders of... END_OF_DOCUMENT_TOKEN_TO_BE_REPLACED
Posted by Ave Mulhern January 24, 2023
A Few of My Favorite Things… and they are FREE!
Posted by Christopher A. Brown January 17, 2023
How Father Involvement and Bi-Strategic Parenting Positively Affect Children’s Brain Development

Mar 5, 2014
Share
I always look forward to the next release of Apple’s software—iMovie, Pages, Numbers, the programs I use every day as a broadcaster to prepare for shows and games—because I know the new programs will have new capabilities, new features that make using them easier, faster, more effective, more powerful. I also know as I watch the progress bar move across my screen letting me know the update is almost complete that no update is ever really complete. By the time I get used to using the latest version I will begin to imagine what the next version will look like. I think of fatherhood the same way. 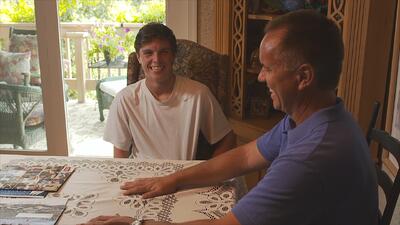 There was a time when I thought my father not only set the standard of parenting but also had all the answers a son could ask of a dad.

He was an assistant coach in the NFL for the Baltimore Colts. On Sundays he stood on the sidelines instructing players, mammoth men with nicknames like Bubba and Big Daddy. My father had a barrel chest and a booming baritone. He eliminated problems with an icy stare or a few loud words.

As time went by I grew to see the flaws in my father’s approach. Sometimes parenthood calls for a more nimble solution than the Sherman tanks he had ridden in during World War II.

As I became a teenager and then a young man, I encountered the temptations of drinking, girls, questionable friends, and worse decisions. I found it impossible to even begin to approach him about the right amount to drink at a party, how to talk to a girl who didn’t know I existed, how to decide whether to get on the back of a motorcycle or to call a cab. I knew those topics would generate an icy stare or a few loud words.

So I looked forward to fatherhood 2.0, the next generation of parenting, my generation.

From the time my daughter and son were old enough to talk, I made a point of listening. I listened to my daughter Katy’s concerns about Cinderella’s palace being too cold in the winter and my son’s burning need to collect action figures at Wal-Mart as if he were personally saving them from a lifetime of purgatory, neglected on a metal store shelf.

I spent most of the past two decades making sure my children knew they could talk to me about anything, any time, anywhere.

Then, like my infatuation with a new software release, I found the folly in my thinking. It struck me clearly this year, during the start of my son’s freshman year at James Madison University. He felt a little out of place during his first few weeks of college. So I made time to talk with Zack every day.

It wasn’t until my wife sat next to me one evening during one of our phone calls and reflected back the content of our conversation that I began to see the shortcomings of Fatherhood 2.0.

Zack and I talked about his intramural basketball team, his Italian class, his opinion of college food. We talked about girlfriend’s disappointment at not making the cheerleading team. But we never broached the subject of sex, how much Zack did or didn’t drink at parties, questionable friends, or worse decisions. I knew if I even began to bring up those topics he would give me a one-word answer, or Zack would say, “Dad,” the way my father used to say, “Really?” And I would understand the implication: Don’t pursue that topic.

All of which leads me to wonder what Fatherhood 3.0 will look like.

Will my son find a way to broach the subjects men and their sons have talked around instead of about forever? Will he unlock the mystery of serving as a role model and a resource? Or will his journey lead him where it led me and my father before me: to a place where the newest version, the latest insights, the best intentions don’t quite get it right but instead lead us to wanting more, wanting better, and hoping the next version of fatherhood will bridge the gulf that seems to forever divide fathers and sons when men and boys become men and men.

Get Gerry's book Forgotten Sundays to learn more about his relationship with his dad.