Posted by Christopher A. Brown January 31, 2023
The Value in Customizing a Fatherhood Program
There’s a lot of emphasis these days on implementing fatherhood programs with fidelity. Indeed, many funders of... END_OF_DOCUMENT_TOKEN_TO_BE_REPLACED
Posted by Ave Mulhern January 24, 2023
A Few of My Favorite Things… and they are FREE!
Posted by Christopher A. Brown January 17, 2023
How Father Involvement and Bi-Strategic Parenting Positively Affect Children’s Brain Development

Christopher Brown recently published "The Proof Is In: Father Absence Harms Child Well-Being" for The Huffington Post where he provides his observations of the study and explains how this study is one of the most important studies done on father absence to date.

As you know if you've been following NFI for any length of time, we were founded 20 years ago because a group of people realized that a child growing up in a home without a dad had an increased the risk of things like: 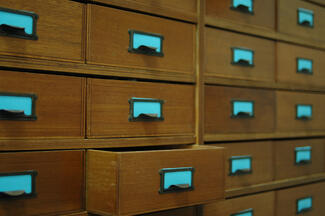 As someone who works on the front lines of society, be it in a community-based program, in corrections programming and/or military programming, you no doubt know that the problem the problems in our society tend to point toward father absence.

However, as Chris explains in his newest column, "despite reams of data that NFI has compiled in six editions of Father Facts, the recognition among people across the political spectrum of the need to combat father absence, and the commitment of many private and public funders to addressing this problem, there are still some scholars and members of the public who are not convinced that dads are important to children...Many believe that family structure doesn't really matter, as long as children are cared for and loved by someone, anyone."

Now, at least among skeptic scholars, there has been one valid reason, and that what Chris deems, "the lack of rigorous analytical methods employed in much of the research.

Until now: with this new study, researchers Sara McLanahan, Laura Tach, and Daniel Schneider have reviewed nearly 50 studies to examine the causal effects of father absence.

As a leader in your community, you need to know of this new work. The research has been published in the Annual Review of Sociology, The Causal Effects of Father Absence focuses on the relationship between father absence and four outcomes of children:

Note what NFI's President, Chris Brown, says of this new study, it "prove(s) beyond reproach that father absence causes poor outcomes for children in each of these areas."

Chris has taken the new study and boiled it down to three observations he pulled when reading that I think are worth considering:

1) Father absence is to blame. While you know this already, let this research encourage you. Realize that you are not alone. You see the effects of father absence on a daily basis, but researchers are starting to get it! This new study makes clear, as Chris writes, that "the old adage 'correlation does not imply causation,' does not apply to the effects of father absence on children." Chris makes the research clear by stating, "In other words, for many of our most intractable social ills affecting children, father absence is to blame." It's worth your time to review this study so that you have the information you need to lead your program. Understanding this point really is the "why" behind your work in the field.

Let Chris's article and the research motivate you today to work with a renewed vigor; knowing that you have research on your side, that you are combating a problem that's truly changing lives and that you are making a difference not just in fathers' lives, but in a child's.

Have you seen "The Father Absence Crisis in America" infographic? Use it to help lead your programs today.