Posted by Christopher A. Brown January 31, 2023
The Value in Customizing a Fatherhood Program
There’s a lot of emphasis these days on implementing fatherhood programs with fidelity. Indeed, many funders of... END_OF_DOCUMENT_TOKEN_TO_BE_REPLACED
Posted by Ave Mulhern January 24, 2023
A Few of My Favorite Things… and they are FREE!
Posted by Christopher A. Brown January 17, 2023
How Father Involvement and Bi-Strategic Parenting Positively Affect Children’s Brain Development

How to Dispel the Illusion of Parental Control

"We apologize for the bumpy ride," said the flight attendant as we touched down in Austin last month on a blustery afternoon. "Let us make it up to you on a future flight." 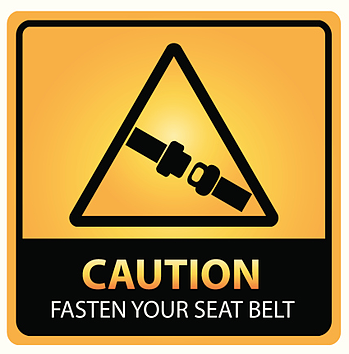 That wasn't the first time I'd heard that promise after a bumpy flight. Normally, that promise would have went in one ear and out the other, but this time it struck me as a really strange thing to say. Why? Because it's a promise that no one at Southwest could possibly keep. Whose to say that my next flight wouldn't be just as bumpy, or worse?

I'm sure the flight attendant meant well. Unfortunately, neither she nor any of her thousands of smiling and, sometimes, all-too-giddy co-workers could possibly control the weather. She didn't need to apologize for the bumpy flight or promise that they'd make it up to me and my fellow passengers on our next flight. In doing so, she effectively said that Southwest, not the weather, was somehow in control.

The good news is that the vast majority of fathers don't use abuse or violence. Most fathers who default to punishment use techniques of punishment, such as time out or taking away a cherished privilege, that are, in certain instances, appropriate and effective. Unfortunately, they use them too often, so much so that, like the overuse of antibiotics, they become ineffective. Their children adapt and become resistant.

There are three reasons why these fathers struggle to effectively discipline their children.

Moreover, they were raised think of the father's role as synonymous with the primary disciplinarian (in actuality, primary "punisher"), a role strongly reinforced in most cultures.

As a result, many fathers don't understand that they'll have more success as parents when they guide their children's behavior rather than trying to control it.

One of the critical lessons in NFI's fathering programs, such as 24/7 Dad® and InsideOut Dad®, is the difference between punishment and discipline. Discipline means to teach or guide. Punishment involves penalizing a child for doing something wrong. Discipline should be the default. Punishment a last resort.

A cornerstone of being an involved, responsible, committed father is being a child's guide and mentor. Our programs and other resources provide fathers with the awareness and knowledge they need to understand the difference between punishment and discipline, how and when to discipline and punish, and the skills they need to develop the capacity (self-efficacy) to become their children's guides and mentors. They also provide knowledge of child-development milestones so that fathers learn what is appropriate for children physically, socially, and emotionally at specific ages.

How much of a problem is the illusion of parenting control with the fathers (and mothers) you serve?