Posted by Christopher A. Brown May 17, 2022
Here’s What We Know About the Work of Federal Fatherhood Grantees
Have you ever wondered what the organizations that received federal funding to implement responsible fatherhood (RF)... END_OF_DOCUMENT_TOKEN_TO_BE_REPLACED
Posted by Ave Mulhern May 10, 2022
3 Ways to Keep Fatherhood Program Group Sessions Focused and on Track
Posted by Christopher A. Brown May 3, 2022
The Secret Sauce of Successful Fatherhood Groups

How to Raise a Charitable Child

What's the secret to raising a charitable child? It's simple. Talk to them about charitable giving. 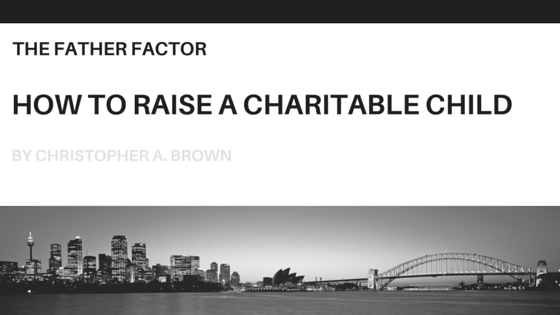 In a recent study of more than 3,100 U.S. families, researchers found that children whose parents talk to them about charitable giving are more likely than others to donate to causes, particularly if the parents themselves engage in charitable giving. These conversations about giving really matter in shaping and nurturing children's altruistic behavior. In other words, parents, preach what you practice when it comes to charitable giving.

There's no better time than the next few weeks to start these conversations with your children. That's because #GivingTuesday is right around the corner. If you're unfamiliar with #GivingTuesday, it's the Tuesday after Black Friday and Cyber Monday, the two days of the year when most of the nation's families become mega-consumers clamoring for the best deals on gifts for family and friends during the holidays. #GivingTuesday, which falls on December 1st this year, focuses instead on giving to the thousands of charities that rely on donations to pursue their vital missions, many of which center on helping the less fortunate among us.

#GivingTuesday is now in its fourth year. Started in 2012 by a cultural center in New York City, it has rapidly spread to involve more than 30,000 partners in nearly 70 countries. It provides a fantastic opportunity to start the conversation with your children about the importance of giving to a cause that moves them. #GivingTuesday is not only about financial giving, it's also about giving time and talent, two assets that children can have in abundance. And it harnesses the power of social media, a tool that is oh so familiar to today's children. Connecting your children with #GivingTuesday helps them see charity from that broad perspective during a time of year when they might be focused more on the material aspect of the holidays and what they'll get rather than what they'll give.