Posted by Christopher A. Brown January 31, 2023
The Value in Customizing a Fatherhood Program
There’s a lot of emphasis these days on implementing fatherhood programs with fidelity. Indeed, many funders of... END_OF_DOCUMENT_TOKEN_TO_BE_REPLACED
Posted by Ave Mulhern January 24, 2023
A Few of My Favorite Things… and they are FREE!
Posted by Christopher A. Brown January 17, 2023
How Father Involvement and Bi-Strategic Parenting Positively Affect Children’s Brain Development

The Silver-Lined Lesson for Your Kids from the Presidential Election

With the race for President now squarely in our rearview mirror, it’s time to take stock of the lessons from this historic election. And there are many. Oh, so many. 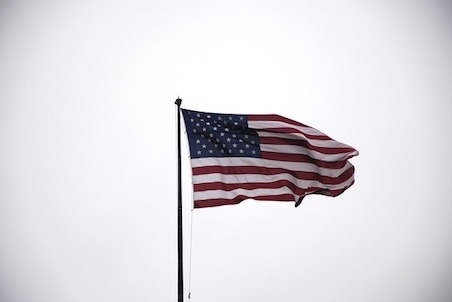 Perhaps the clearest lesson is we live not only in a divided country, we live in a polarized country.

You need look no further than the popular vote for President to see how divided our country has become. Despite Mr. Trump winning 55% of the Electoral College votes, Mrs. Clinton edged Mr. Trump by the slimmest of margins in the popular vote. She garnered 47.7% of the vote to his 45.5%, a difference of less than 260,000 votes. (These results were current at the time I wrote this post.)

There’s lots of gnashing of teeth about the effects of a polarized country. But is it such a bad thing? You bet it is, especially its effect on some key functions of government, such as passing legislation and appointing federal judges.

Nevertheless, I’m a glass-half-full kind of guy. There’s another lesson from this election, a silver-lined one I encourage parents to teach their children.

We elect a party as much as we elect a person, even if you don’t realize it.

When you come of age to vote, ignore the rhetoric in the media and from the candidates. Don’t listen to your friends. Heck, don’t even listen to your parents! And definitely don’t be swayed by the uninformed crap people say on social media. Do your homework to understand where the parties stand on the issues.

Notice that I said a choice between the parties, not the candidates. Despite the sickening focus of the media, and the candidates, on the character of Mr. Trump and Mrs. Clinton, one thing remained steadfast about this election.

Democrats and Republicans these days are the North poles of two opposing magnets, repelling each other to create an ever-widening chasm in our electorate. By all accounts, Republicans have become more conservative and Democrats more liberal (or progressive, if you prefer). You could drive a team of 18-wheelers between their ideologies and platforms. From the proper role of government in our lives to approaches for creating a strong economy or health care system to funding for the military...shall I go on?

There has never been a clearer choice between the two major parties. That choice makes the decision of who we elect easier than ever, but only if we keep this lesson in mind. It’s too easy to get lost in the focus on the candidates.

My youngest daughter, who is 18 and voted in her first election, applied it by going to ISideWith.com. This non-partisan website provided information on all the candidates (not just the major parties’) and their stances on major issues, such as immigration and gun control. Through an interactive quiz, it helped her match her beliefs to the candidates’ stands on the issues and, ultimately, helped her decide whom to vote for.

Which candidate did she vote for? Not the same one as her mom or me! I’m so proud of her for making up her own mind. She did her homework.