Posted by Melissa Byers August 16, 2022
[Free Resources] Share the Success Sequence With Families You Serve
A few weeks ago, I posted a blog that highlighted the most recent findings on how the success sequence is effective for... END_OF_DOCUMENT_TOKEN_TO_BE_REPLACED
Posted by Christopher A. Brown August 9, 2022
Have Americans’ Attitudes About Stay-at-Home Dads Truly Changed?
Posted by National Fatherhood Initiative August 2, 2022
Parenting Styles – Which One is Best?

When it comes to father involvement, one of the most significant pieces of child support legislation ever could soon be implemented by the federal government. Does your organization work closely with dads and parents who owe child support? If so, you have a chance to positively affect those dads, parents, and their children. 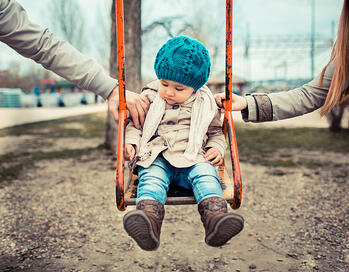 The latest issue of the Office of Child Support Enforcement's Child Support Report describes 6 areas of the legislation that are part of the Preventing Sex Trafficking and Strengthening Families Act (Public Law 113-183) and that will  affect the federal child support program. The most significant of the the areas in terms of father involvement is Section 303: Sense of the Congress Regarding Offering of Voluntary Parenting Time Arrangements. It reads:

As such, this legislation could pave the way for additional funding for healthy marriage and responsible fatherhood grants at the state level and for father involvement work within programs focused on access and visitation.

The federal government wants to hear from you on this legislation that they'll consider in issuing a report on the legislation to Congress. I encourage you to support this legislation and to provide additional feedback, such as more funding to expand states' efforts to not only establish parenting time arrangements but also to help parents be better parents through parenting education. You can review the process for providing feedback here.

What, exactly, is a parenting time arrangement? It's an agreement (sometimes called a parenting time order) that clearly defines how and when a child will spend time with his or her never married, separated, or divorced parents. These agreements are often included in a broader parenting or access and visitation plan that describes custody arrangements and other agreements between parents. These agreements have been around for some time. Many state governments and court systems have procedures, guidelines, and laws in place for establishing and enforcing such arrangements. (For examples, see the guidelines and laws in Michigan, New Jersey, and Texas.) Most guidelines and laws include consider the impact of domestic violence on such arrangements. In cases where parents can't agree on an arrangement, some state courts have enforceable minimum standards that ensure both parents spend some time with their children. (For an example, see the minimum parenting time standards in Utah.)

This federal legislation could give state governments and court systems that are behind the curve on this issue the push they need to be more progressive. But when it comes to states that already have strong procedures, guidelines, or laws in place--and that are already using funds to support such arrangements through, for example, access and visitation programs--the impact of this legislation could be more symbolic than practical. Before you provide feedback, I encourage you to become familiar with parenting time guidelines in laws in your state or county--and the impact of domestic violence on them--so that you will understand the potential impact this legislation could have on the dads and families you serve. You should also think about what would help your organization reach and help more fathers to be invovled in their children's lives.

Regardless of whether this legislation is more symbolic or practical when it comes to your work and that of your organization, I hope you'll agree that even a symbolic gesture on the part of the federal government is better than nothing at all.