Posted by Ave Mulhern January 24, 2023
A Few of My Favorite Things… and they are FREE!
You may know that National Fatherhood Initiative® (NFI) is the nation's leading provider of fatherhood research,... END_OF_DOCUMENT_TOKEN_TO_BE_REPLACED
Posted by Christopher A. Brown January 17, 2023
How Father Involvement and Bi-Strategic Parenting Positively Affect Children’s Brain Development
Posted by Erik Vecere January 10, 2023
One-On-One Delivery of NFI Programs – So Simple, So Effective!

Christopher Brown recently wrote an article for The Huffington Post in response to an article on Slate.com about white, working-class mothers and father involvement. In his rebuttal, he points out not what one person's story is, but what decades of research has to say about the importance of father involvement for the sake of the child.

Chris responds to an article in Slate titled, Just Say No: For white working-class women, it makes sense to stay single mothers by Naomi Cahn and June Carbone as "the latest attempt to devalue the role of fathers." 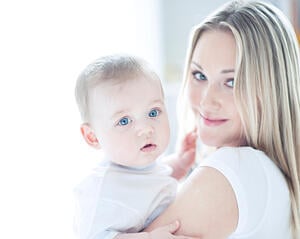 He says, "Despite decades of research to the contrary, this article implies that fathers are not important to the well-being of children. But it does so in the very pernicious way that has become the tactic du jour of individuals who continue to disregard mountains of evidence on the importance of fathers."

While Cahn and Carbone, writers of the original article, share the story of Lily, a single working-class mom who decided to raise her child without the involvement of Carl, an "unemployed loser who sits around all day drinking with his buddies and playing video games. Lily doesn't want to commit to Carl." Her thinking? Why support herself and her child and risk marrying a guy she can't financially support or trust.

Chris says to this point:

As the father of two girls, I wouldn't want either of them to date, much less marry, a guy like Carl. And I certainly wouldn't want them to have my grandchildren with him! Selfishly, I look forward to bonding with my future sons-in-law in ways other than playing World of Warcraft.

But what's the problem with taking one story of one woman's life and projecting it onto the bigger narrative of society? Chris continues:

The problem with Cahn's and Carbone's use of Lily's example is that it deflects attention from what children need to thrive: an involved, responsible, committed father. And it symbolizes what marriage has become for so many Americans: a way to fulfill their own desire for finding a soul mate who can complete them and make life wonderful, rather than as a means for raising children who thrive. The authors' tactic prevents us from seeing and discussing the indisputable fact that raising children without involved fathers places them at much higher risk for a range of poor outcomes and causes the ills we see in so much of society.

In their column, Cahn and Carbone "unintentionally reduce the contribution of fathers to that of a bank account," says Chris. And, their focus seems to be on the mother instead of the child. Chris wants readers to take a step back, reflect and ask this question of Lily: "Why did you have sex with this guy in the first place knowing that he is such a loser?" Chris continues, "Not asking this question is another symptom of a reactive culture that would rather argue about what to do after the bomb goes off than what needs to be done to keep it from being built in the first place."

Chris calls for all of us to reflect on and correct the problem with this article and the way of thinking it represents. Ask yourself this question with this article: where is our focus? If the focus is too far on the mother or father, a red flag should go up. As Chris makes clear, "Our focus should be on what is best for children...when fathers are encouraged and educated about being involved, responsible, and committed fathers, children, moms, and dads are better off."

Read the full article from Christopher Brown in The Huffington Post.

Have you read the article? What's your thoughts on what it takes to make a strong family?