Posted by Christopher A. Brown January 31, 2023
The Value in Customizing a Fatherhood Program
There’s a lot of emphasis these days on implementing fatherhood programs with fidelity. Indeed, many funders of... END_OF_DOCUMENT_TOKEN_TO_BE_REPLACED
Posted by Ave Mulhern January 24, 2023
A Few of My Favorite Things… and they are FREE!
Posted by Christopher A. Brown January 17, 2023
How Father Involvement and Bi-Strategic Parenting Positively Affect Children’s Brain Development

What Dads Should Know about Liability 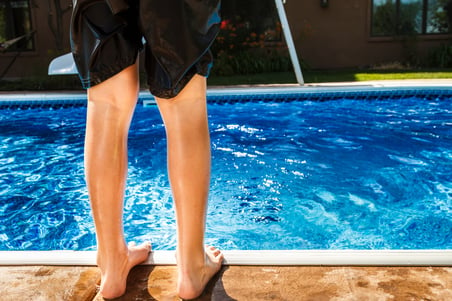 What should dads know about responsible fatherhood and liability in regard to being a parent? A lot, as it turns out.

As the father of 22 and 19-year-old girls, I can't tell you the number of times through the years that I've learned about a parent who hosted or otherwise "allowed" a party to take place at their home where their children and friends drank alcohol. In some cases, a child drank too much and had to be rushed to the hospital. In a couple of other cases, a child died.

Aside from the moral issue involved in those cases, there was a legal issue for the parents of which they were probably ignorant. I live in Texas, one of 30 states that hold parents criminally liable when they host or allow parties in their home, or another location "under their control," at which minors drink alcohol.

That a dad or any parent would be held criminally liable in this situation shouldn't surprise anyone. But when it comes to raising children, there are a host of other liability issues dads should be aware of that aren't so obvious.

That's why I was pleased when I received this infographic produced by the Chicago-based Cooney & Conway law firm, that describes some of the most important liability issues for parents.

There's Premises Liability, for example. This liability involves a child getting injured on a parent's property. Let's say a dad has a trampoline in his backyard. He could be held responsible even if a child who isn't his own goes into the backyard without the dad's permission, jumps on the trampoline, and gets injured.

There's also Civil Parental Liability. Do you know what that is? Neither did I. It involves holding a parent financially responsible for intentional and unintentional acts committed by his or her child. A parent might have to compensate the injured party (e.g. a property owner) for damages.

When I received this infographic, I realized that I had never heard of any effort to educate dads about the range of liability issues they face in raising a child. I encourage you to get up to speed about the liability issues for parents in your state and to educate the dads you serve about them. You should also consider using the infographic to increase your own knowledge and that of the dads you serve.

How much do you know about the liability issues for parents in your state?

Is there a local lawyer that would be willing, pro bono, to talk to the dads you serve about parental liability?