Posted by Christopher A. Brown January 31, 2023
The Value in Customizing a Fatherhood Program
There’s a lot of emphasis these days on implementing fatherhood programs with fidelity. Indeed, many funders of... END_OF_DOCUMENT_TOKEN_TO_BE_REPLACED
Posted by Ave Mulhern January 24, 2023
A Few of My Favorite Things… and they are FREE!
Posted by Christopher A. Brown January 17, 2023
How Father Involvement and Bi-Strategic Parenting Positively Affect Children’s Brain Development

Where Are All Your Male Social Workers? 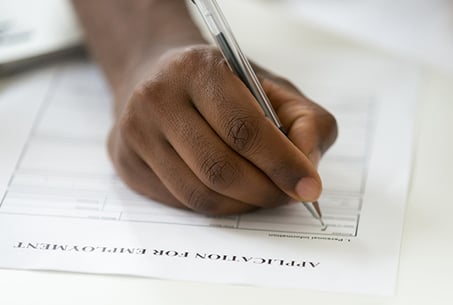 So, you’ve been working hard at your organization to engage dads. You might’ve even added father-specific programs and resources. But, as you look around at your staff, where are all the men?

You’re not alone. In fact, the 2018 Labor Force Statistics shows that 82 percent of social service workers are women, and it doesn’t look good for future trends either. According to the Council on Social Work Education, just 13 percent of the recipients of master’s degrees in social work in 2015 identified as male. This lack of male social workers could make it even harder for you to hire men in the future.

The good news is that there are ways to buck these trends and balance your male-to-female staff ratio. Just like social service workers have to learn to more intentionally engage dads in their programs, the same holds true for attracting men as employees.

Here are some pointers to increase the number of male staff.

As you hire men and improve the male-friendliness of your organization, future applicants will see that you’re committed to an environment where both men and women feel welcome. As a result, you will be on your way to a more gender-balanced staff.

What is your male-to-female staff ratio?

Have you been intentionally marketing job positions in ways that will motivate men to apply?