Posted by Christopher A. Brown January 31, 2023
The Value in Customizing a Fatherhood Program
There’s a lot of emphasis these days on implementing fatherhood programs with fidelity. Indeed, many funders of... END_OF_DOCUMENT_TOKEN_TO_BE_REPLACED
Posted by Ave Mulhern January 24, 2023
A Few of My Favorite Things… and they are FREE!
Posted by Christopher A. Brown January 17, 2023
How Father Involvement and Bi-Strategic Parenting Positively Affect Children’s Brain Development

Why Moms Are Your Greatest Asset to Increase Father Engagement 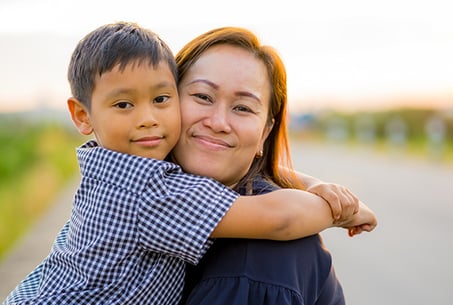 Do you struggle getting an equal number of moms and dads in your parenting program?

If you answered yes, you aren’t alone. I’ve conducted polls with hundreds of practitioners during my in-person and virtual workshops and found that 70 to 80 percent have less than 10 percent of dads participating in their parenting program.

If your parenting program looks similar, there’s good news. The 90 percent of moms you’ve already connected with are your greatest asset to increase father engagement.

Studies demonstrate that when moms perceive their partners as motivated and competent to engage in child care responsibilities, dads were more involved in childcare.

The Paternal Identity, Maternal Gatekeeping, and Father Involvement study, for example, states that the relationship between dads’ perceived investment in their actual levels of paternal involvement are moderated by moms’ beliefs about the role of the dad, and there’s a strong implication that moms’ perceptions of the paternal role are better predictors of father involvement than dads’ own perceptions of the paternal role.

So, given moms’ powerful influence on dads’ motivation to improve their fathering skills, here are some tactics that you can use to raise moms’ awareness of dads’ irreplaceable role in their children’s lives and increase dads’ participation in your parenting program to boot.

One of the best opportunities to lay a solid foundation with moms to help increase dads’ participation in your program is during the initial intake. During this time:

Expect Moms and Dads Will Participate

A growing number of parenting programs expect moms and dads will participate. To reinforce this expectation:

It’s important to understand why moms might resist dads’ participation in the parenting program and that may affect dads’ decision to participate. Consider the following possibilities and facts:

When moms learn how dads compliment them to improve the well-being of their children, they will be more likely to encourage dads to enroll in a parenting program.

Use Print Resources to Generate Conversation

Another great but indirect way to talk to moms about increasing dads’ participation is to use print resources to guide your conversations. NFI provides the following resources designed to do just that:

Asking moms questions, whether you’re meeting with them one-on-one or in groups, is another great way to raise awareness about dads’ important role in their children’s lives. The goal is to help moms realize that role, thereby increasing the chances they will encourage dads to attend your parenting program. Here are a few great questions:

Group-based settings provide moms a safe environment in which to process the complex relationships they have with their children’s dads. Once moms experience the benefits of a group-based program, they will see the value in recommending similar programs to dads. NFI offers group-based resources that raise moms’ self-awareness about the importance of dads’ role and help moms learn how to better communicate with dads. Here are two resources that help moms understand and support dads’ role within the family:

You now have several more tactics to add to your toolkit of ways to increase dads’ participation in your parenting program. Now go and unlock the influential power of moms!

What is the approximate percentage of dads attending your parenting program?

What is one tactic in this post that you can start to implement in the next week?