Posted by National Fatherhood Initiative June 8, 2021
Parenting In Focus: Your importance as a teacher
This article is written by Cynthia Martin and originally appeared in the Sequim Gazette. The article is republished... END_OF_DOCUMENT_TOKEN_TO_BE_REPLACED
Posted by Christopher A. Brown June 2, 2021
Try This Creative Solution for Work with Incarcerated Dads
Posted by Christopher A. Brown May 18, 2021
The 7 Things to Teach Dads about Civility

A Must-Read Evaluation of Fatherhood Programs 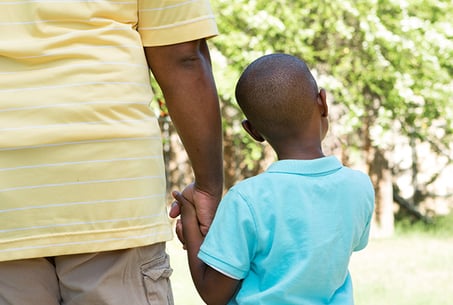 A just-published meta-analysis of fatherhood program evaluations shows that those programs are effective.

Funded by the Fatherhood Research and Practice Network, this meta-analysis, which is only the second such analysis conducted on fatherhood programs, is by far the more comprehensive of the two. The first meta-analysis included only 16 studies compared to the 34 studies in this meta-analysis. Moreover, while the first meta-analysis focused on studies of programs that served primarily White, middle- to upper-income, resident fathers, this one focused on programs that served primarily unmarried, low-income, nonresident fathers, a population particularly vulnerable to absence from the lives of their children.

As a result of that focus, the overall research question was:

After examining each of the included studies, the researchers decided to analyze the results against the following five outcomes:

For details on the methodology used by the researchers, please read the report. You will also find a discussion of the findings with important caveats (e.g. limitations) about the meta-analysis.

How familiar are you with evaluations of fatherhood programs?

Have you perused the evaluations funded and the outstanding evaluation resources provided by the Fatherhood Research and Practice Network?