Posted by Erik Vecere September 21, 2021
A New Sure-Fire Tool that Leads to Better Father Engagement
If you want a sure-fire way to create low and no-cost strategies to increase father involvement in your organization’s... END_OF_DOCUMENT_TOKEN_TO_BE_REPLACED
Posted by Melissa Steward September 14, 2021
[Free Webinar] Men’s Health and Fatherhood: What Do Dads Need to Know?
Posted by Christopher A. Brown September 7, 2021
More Research Shows Dads Stepping Up During the Pandemic

Earlier this year, I was invited to a TEDxTalk, interviewed and then presented. I dedicate this talk to fathers everywhere who play equally critical roles in the lives of their children.

Fathers are not always biological and sometimes men who father are not in the family of the child. Fathers maybe men who are mentoring a child of a single mother or an uncle, or grandfather who is there to role model what a man is to a fatherless child. I also dedicate this talk to the men who may have desired to be fathers and for whom this may not have been their privilege. May they know their dream was important! I encourage comments on the TEDxTalk and I hope you enjoy it and find it beneficial. 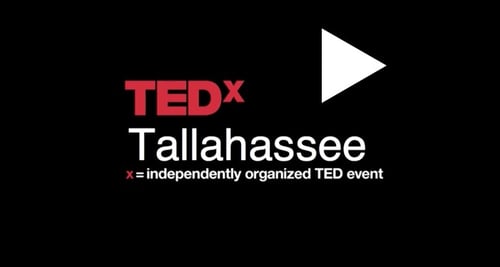 Having trouble viewing this video? Click here to watch.

As a Family Life Mentoring Coach, a certified international infant massage instructor, and a researcher, I have been blessed with the opportunity to work with men over the years, who have shared candidly with me about their experiences fathering and their relationships with the woman in their life. It has broadened my perspective and has been a privilege to be trusted with their stories, I am deeply grateful.

What this TEDxTalk is about is the research I conducted at Florida State University with first time fathers. I will give a brief overview, as the many benefits that fathers and their perceptions of the benefits to their babies, were discussed in detail in a prior post.

Just a short recap: I taught fathers infant massage and then gathered data through video recordings, interviews, and diaries fathers kept while massaging their infants throughout the study. What I learned while writing up the research and from fathers outside of the research who spoke with me about the topic was as valuable as the actual research.

What was not in the TEDXTalk that you can view here—I believe is as important—is what I learned writing up the research. In the historical development of attachment theory and bonding (prior 90+ years) only mothers and their infants were included in the studies.

Indeed even the preliminary studies of the 1920's Hammett and the mommy and baby rats, 1930's Harlow and the baby monkeys, 1940's - 1950's Ainsworth and Bowlby human mothers and babies all centered on studying the relationship between the mothers and the babies.

What was in this research was just as important as what was not in the research, as while the research assisted us in understanding how important this first relationship was to babies, it also was responsible for a backlash to mothers. Everything that went wrong in a child's behavior and development was construed by society to be the direct result of "bad mothering."

I am not proposing that there are not less than optimal mothers; however, optimal mothers who were raising children without fathers in the pictures were not granted the benefit of consideration of how hard it was to raise a child without the father in the home. Nor were fathers credited for their equal contribution to the positive outcomes in their children. It was a discredit to mothers, fathers, and most importantly to children.

The first attempt at a longitudinal study of fathers in the late 90's resulted in the conclusion that fathers did not bond and attach, as did mothers. In reviewing this particular research I discovered that the tool developed by Ainsworth in the middle of the last century to classify babies' attachment behaviors towards their mothers, was the tool was used in this longitudinal study.

Additionally it was used to classify behaviors of older children after spending what would be a considerably short period of time with the fathers. To be perfectly clear, it was inappropriately used in the study considering the original design and development and negates the conclusions of that study.

We need to gather this information from fathers who are involved from the beginning of the pregnancy (babies hear their fathers voices in utero) and at the time of the birth when they have had bonding experiences with their babies (fathers also experience increased levels of oxytocin when they care for the baby) and throughout the development of the child before we make assumptions about bonding and attachment between babies and fathers. As a side note, infant massage provides for an intense bonding experience (chemistry) between the baby and a caregiver as it engages 4 of the 5 senses which are how bonding occurs.

Recent studies at the University of Notre Dame indicate that fathers who sleep near their babies have drops in their testosterone levels and make assertions that this may mean fathers are more responsive to their babies indicating that mothers are not the only parent who can respond to the babies needs. Prior care giving studies indicated that fathers' levels of oxytocin increases the more time they spend in childcare activities such as bathing, changing, feeding and playing with their babies.

As a society when we treat men like they are outsiders and those babies are exclusively the mothers' domain, then, we do children and fathers a disservice. Considering how they were deprived of fathering play as children (dolls were off limits) and deprived of dual custody, based upon gender rather than merit, it most certainly has been the child that suffered.

Fathers who participate in child care classes spend more quality time with their babies and report feeling confident and competent in their role as a father. Both competency and confidence are scientific indicators of long term involvement in the lives of their children. After publishing articles on this research, I wrote the first of many books to come and published it on Amazon, "Hassle Free Bedtime," that includes information from my research and the research of others to support fathers in their journey of acquiring new skills.

Caution on "our parental rights."

Children have a need to be protected from exposure to violence. Neither gender has a right to expose a child to neglect or violence or sexual exploitation as children require a higher standard of responsibility because they are developing and vulnerable. Any parent who claims a right to raise a child or be in the life of the child and who has exposed a child to violence or sexual exploitation has a responsibility to seek treatment before expecting access to their child.