Posted by Erik Vecere September 21, 2021
A New Sure-Fire Tool that Leads to Better Father Engagement
If you want a sure-fire way to create low and no-cost strategies to increase father involvement in your organization’s... END_OF_DOCUMENT_TOKEN_TO_BE_REPLACED
Posted by Melissa Steward September 14, 2021
[Free Webinar] Men’s Health and Fatherhood: What Do Dads Need to Know?
Posted by Christopher A. Brown September 7, 2021
More Research Shows Dads Stepping Up During the Pandemic

What’s the Return on Investment of a Fatherhood Program? 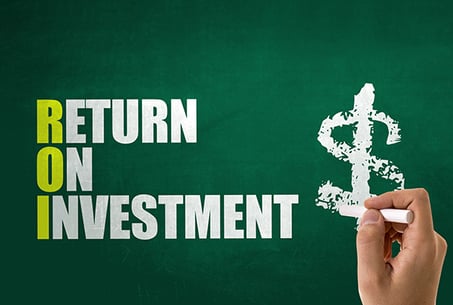 If I asked you to estimate the monetary return on investment (ROI) of a fatherhood program, what would you say it is?

If you’re savvy, you might wittily answer my question with this question: Return on investment for what or whom?

The answer to that retort was the subject of a recent study funded by the Fatherhood Research and Practice Network, the outstanding, and just completed, five-year research and evaluation initiative funded by the Administration for Children and Families at the U.S. Department of Health and Human Services. Dr. Richard Chase of Wilder Research led the study.

Dr. Chase states that the report on the study:

“…provides and applies a framework for estimating the potential monetary value of non-resident father engagement, which broadly includes participating in Responsible Fatherhood programs, performing positive parenting behaviors and interactions with their children in activities that promote healthy child development, and enrolling their children in high quality early childhood education.”

It is also, according to Dr. Chase:

“…the first attempt to monetize the economic returns and avoided costs of a broad set of potential, two-generation, long-term child development and family well-being outcomes of responsible father engagement.”

That aspect of the study holds potential value if you want to integrate a fatherhood program(s) within a two-generation (2Gen) effort, an area of increased interest among funders of parenting and child well-being interventions.

Not shabby, are they?

Have you thought of estimating the ROI of your fatherhood program? (Click here to read a previous post in this blog about the value of doing so, and an organization that can help.)