Posted by Christopher A. Brown November 29, 2022
How to Advance Equity for Fathers in Human Services
If you’re a regular reader of this blog, you know that there’s a lack of equity in human services. Our nation’s human... END_OF_DOCUMENT_TOKEN_TO_BE_REPLACED
Posted by Erik Vecere November 22, 2022
Learn How A Crucial Partnership Will Open The Door to Reducing Child Abuse and Neglect
Posted by National Fatherhood Initiative November 15, 2022
Equipping Fathers and Organizations to Be More Father-Inclusive with Christopher Brown

Whenever I speak on the importance of father involvement, conduct a training institute on one of our programs, or conduct a capacity-building workshop, I make it a point to drive home the fact that the most important relationship in a child's life is the one between the child's parents. It's the blueprint that a child uses as a model for his or her own relationships. 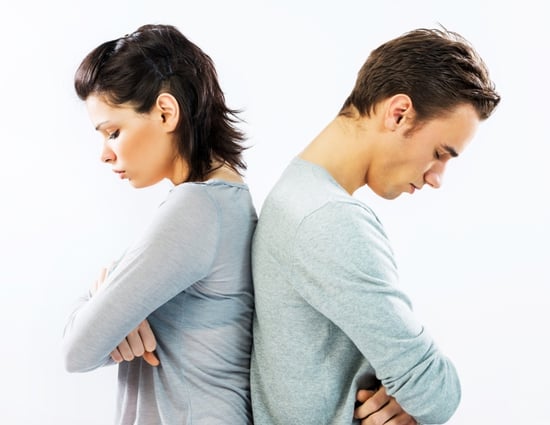 That's why improving the father-mother relationship is a vital part of our fathering programs, and why we provide programs and resources for moms, such as Understanding Dad™, that help mothers improve that relationship for the sake of their children. It's also why I scan the research for insights into how NFI can help you, if you're a dad or mom, or your organization to help individuals and couples understand the importance of this relationship and help them improve it.

The husband and wife team of John and Julie Gottman brings together two of the country's leading experts on what makes relationships successful. Together they run The Gottman Institute and have researched for four decades what makes relationships between couples work. One of their recent, fascinating discoveries is the influence that "bids" between couples have on their chances of success (i.e. a happy, long lasting relationship). (For more on this research, read this article in the Wall Street Journal from which I drew to write this post.)

A bid involves one half of a couple making an attempt to connect with the other half -- not unlike when a government agency or company issues a bid for work in an attempt to connect with a vendor to perform that work. In the case of couples, a bid can involve asking a partner a question, making an affectionate gesture toward a partner (e.g. attempting a hug or kiss), or simply making a statement. Regardless of the action, the partner who makes the bid hopes the other partner will respond, ideally in a positive, supportive manner.

The "bidee" (my word, not the Gottmans') can respond in one of two basic ways. The bidee can turn toward the "bidder" (again, my word) and respond with interest or turn away (i.e. not acknowledge/ignore the bid or respond in a hostile manner). Depending on the nature of the bid, either reaction might seem minor in the broad scheme of a relationship, especially when bids are examined in isolation. But because relationships involve frequent bids -- sometimes several times a day -- how couples handle them can provide a hint about the health of relationships. In other words, they reflect patterns of communication in relationships, good or bad. If, for example, a husband typically doesn't acknowledge bids from his wife, that pattern of communication is harmful. Why? Because when the wife makes a bid, she's doing so because she thinks it's important, which is why she expects a positive, supportive response.

John has found that he can predict with 94% accuracy whether a couple will stay together based on how they respond to bids. He and Julie studied the interactions between married couples and followed up with them six years later. The couples who were no longer married only responded positively to bids (turn-toward bids) 33% of the time. Couples who were still married responded positively to bids 87% of the time. Although these couples were married, John says he can predict the success of relationships, based on bid reactions, whether a couple is married or not.

I'm convinced that these two traits lead to success in any relationship whether a couple is romantically involved or not. (Every relationship, personal or professional, involves bids.) We receive a lot of emails, calls, and responses to our blog posts from divorced parents struggling with the relationship with their ex-spouses. These relationships are often at the contempt, criticism, and hostility end of the spectrum, to the detriment of these parents and their children. These traits also apply to the relationships between parents and their children. We see a lot of dads who, as they enter our fathering programs, treat their own children with contempt, criticism, or hostility. Those reactions are a cancer that destroys everyone it touches.

If you're a dad, mom, or practitioner who works with dads, moms, or couples, heed this insight. Seek ways to move yourself or those you work with toward the generosity and kindness end of the continuum. While doing so might not be easy, everyone will be the better for it.

What's the level of generosity and kindness in your relationships? Are some toward one end of the continuum while others are at the other end?