Posted by Christopher A. Brown January 31, 2023
The Value in Customizing a Fatherhood Program
There’s a lot of emphasis these days on implementing fatherhood programs with fidelity. Indeed, many funders of... END_OF_DOCUMENT_TOKEN_TO_BE_REPLACED
Posted by Ave Mulhern January 24, 2023
A Few of My Favorite Things… and they are FREE!
Posted by Christopher A. Brown January 17, 2023
How Father Involvement and Bi-Strategic Parenting Positively Affect Children’s Brain Development

Posted by Ronald B. Mincy

Nonresident fathers have been in the news lately. The death of Walter Scott in South Carolina, who ran from a police officer during a routine traffic stop rather than risk returning to prison for owing back support, has brought to light the more punitive aspects of the of child support enforcement system. In a recent Room for Debate discussion blog in The New York Times, supporters and detractors of the child support enforcement system addressed its pros and cons.

Unfortunately, child support is similar to other issues that stir our passions, but on which it is difficult, if not impossible, to find common ground. We want all parents, including nonresident fathers, to support their children. But trends in men’s earnings are working against nonresident fathers’ ability to pay what mothers and children need. 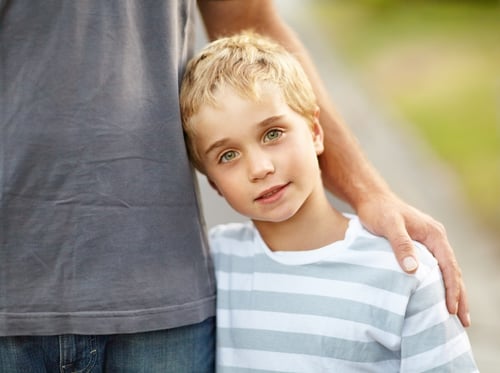 Since the mid-1970’s, the earnings of men without graduate degrees have stagnated or declined, except for a brief period during the economic boom of the 1990’s. These wage trends have made it especially difficult for fathers to support their families. During this same period, the federal government began to devote its considerable resources to state child support enforcement efforts.

As a result, those efforts have become more forceful over the same period during which nonresident fathers have experienced diminishing ability to pay. Automation of the child support enforcement system in 1996 had particularly harsh consequences for the lowest wage earners, fathers making $20,000 or less, in part because many of these fathers never married.

When the courts subpoena these men to determine if they are the legal fathers of children born to unmarried mothers, the fathers sometimes fail to appear. This happens because of fear, transportation problems or sometimes, because the father was doubling up with a friend or family member at his last known address, but has moved on before the subpoena arrived.

To address these problems, the federal office of child support has recently proposed a set of rule changes designed to better align child support orders with nonresidential fathers’ ability to pay. One change would require courts to base child support orders on actual earnings, income, or assets, rather than imputed income when the father’s income is unknown.

Imputation of earnings is widespread practice that occurs when courts set child support orders for non-marital births, presently accounting for 41 percent of all births in the US. To expedite the process if the father fails to respond to a court subpoena, the courts establish paternity by default and attempt to create a child support order, without the information they need about the father’s income.

Instead, the courts impute income using a proportion of welfare and other benefits the children receive, or earnings at the father’s last-known job. If there is no record of prior earnings, the order is based on earnings at a full-time, full-year job paying minimum wage, which the courts assume any father could find.

Not surprisingly, the resulting child support order is often more than some of these fathers can afford, so they fall into arrears. Studies leading to the rule changes show that in states that use default orders and income imputation widely, fathers with earnings of $20,000 or less accounted for the majority of arrears.

A second change, a self support reserve, would require courts to take into consideration the fathers’ subsistence needs when setting child support orders. In this way low-income fathers no longer need to choose between paying their child support and paying their rent, utilities, and transportation to work.

Several other changes would encourage states to use incarceration as a means of collecting child support as a last resort. That South Carolina was notorious for using incarceration as a first resort, inspired the 2011 Turner vs. Rogers decision by the Supreme Court, which made it clear that courts could not deny father’s their freedom, unless judges were very sure that fathers’ could afford to pay the child support they owed.

In fact this decision inspired the rule changes, which are designed to help states respond to new legal environment. Unfortunately these proposed changes, which have been the subject of work by researchers, advocates, policymakers, and child support administrators for decades, are now caught up in a political battle of wills over the limits of the executive branch.

Curiously, these key legislators do not take issue with the substance of many of the proposed rule changes. Rather, they argue that the administration is overstepping its authority to make these changes without the approval of Congress.

President Obama has spoken passionately about the difficulties he endured as the child of a nonresident father, and was only a teenager when the federal government began to put its considerable muscle behind state efforts to enforce child support.

Ironically, even he sees the need to make child support enforcement more accommodating in light of the limited growth in father's earnings that have occurred since that time. Congressman Camp and Senator Hatch may still get their way and block the rule changes.

This means that a teenager today may grow up without the financial support children need and deserve from their fathers. Let's hope we don't have to wait until that teenager becomes the leader of the free world. Congress and the President must focus their attention on the changes in the child support enforcement system so desperately needed now. We simply cannot wait any longer.

About Ronald B. Mincy

Dr. Ronald B. Mincy is the Maurice V. Russell Professor of Social Policy and Social Work Practice at the Columbia University School of Social Work and a co-principal investigator of the Fragile Families and Child Wellbeing Study.

Dr. Mincy publishes extensively on family formation, child well-being, responsible fatherhood, urban poverty and the underclass, and the effects of income security policy on child and family poverty. Dr. Mincy is widely regarded as a critical catalyst for changes currently underway in the treatment of low-income fathers by U.S. welfare, child support, and family support systems.

Dr. Mincy's undergraduate and graduate training in economics were at Harvard University and M.I.T. He and his wife of nearly 40 years, live in Harlem, New York. They have two sons, who along with Dr. Mincy's two brothers have inspired his interest in males throughout the life course and family well-being. Please find Ronald Mincy's author page for more details on his work.