Posted by Christopher A. Brown November 29, 2022
How to Advance Equity for Fathers in Human Services
If you’re a regular reader of this blog, you know that there’s a lack of equity in human services. Our nation’s human... END_OF_DOCUMENT_TOKEN_TO_BE_REPLACED
Posted by Erik Vecere November 22, 2022
Learn How A Crucial Partnership Will Open The Door to Reducing Child Abuse and Neglect
Posted by National Fatherhood Initiative November 15, 2022
Equipping Fathers and Organizations to Be More Father-Inclusive with Christopher Brown

Do These 2 Things to Help a Dad Succeed 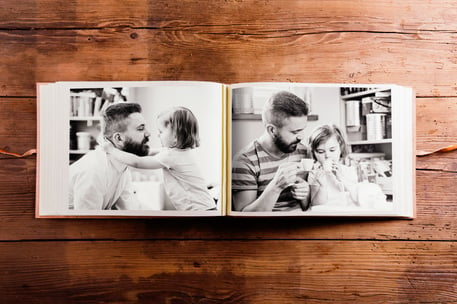 Before you read any further, take a minute to write down up to five things a dad needs to succeed in fatherhood. Then read the rest of this post.

Your role in working with a dad is to help him build his self-worth. That’s because self-worth informs and guides his behavior.

How do you build his self-worth? Depending on a dad’s current level of self-worth and his background and current situation, you might need to employ a number of tactics (e.g. job training, treatment for alcohol or substance abuse, and treatment for his own abuse and neglect at the hands of others). Regardless, however, building his self-worth is where your role in helping a dad develop pro-fathering habits comes in.

A habit is: “An acquired behavior pattern regularly followed until it becomes almost involuntary.”

To form good habits, and avoid bad ones, a person needs three things:

To help a dad build pro-fathering habits, then, you need to help him acquire three things:

When a dad acquires those three things, he has a foundation from which the two of you can work together to identify pro-fathering habits that are realistic for him to apply so that he’s set up for success rather than failure. After all, each dad presents with some unique challenges in being the best dad possible. Don’t ask him to engage in pro-fathering behavior that’s unrealistic given his current situation.

Our job at National Fatherhood Initiative® is to give you the programs and resources to help you create the foundation of self-worth and pro-fathering habits a dad needs. It’s also our job to

It’s your job to implement what we provide—and you learn from others and us—within an array of programs, services, and resources that work best in your setting and for the dads you serve.

Let’s start or continue to partner for the good of dads, moms, children, and families in your community.

In what ways do you help a dad develop self-worth and pro-fathering habits?