Posted by Christopher A. Brown January 31, 2023
The Value in Customizing a Fatherhood Program
There’s a lot of emphasis these days on implementing fatherhood programs with fidelity. Indeed, many funders of... END_OF_DOCUMENT_TOKEN_TO_BE_REPLACED
Posted by Ave Mulhern January 24, 2023
A Few of My Favorite Things… and they are FREE!
Posted by Christopher A. Brown January 17, 2023
How Father Involvement and Bi-Strategic Parenting Positively Affect Children’s Brain Development 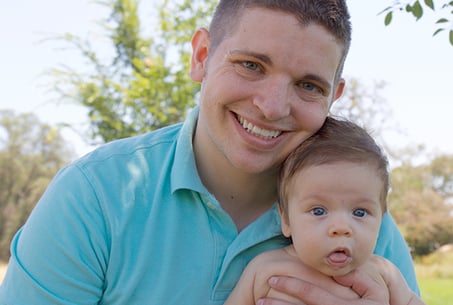 Do you think a program with this name could have success working with dads?

Whether you have a WIC program as part of your agency or you partner with WIC, engaging dads in those programs is a challenge. But it’s far from impossible.

I recently facilitated a webinar for staff in local WIC programs sponsored by the Food and Nutrition Service at the U.S. Department of Agriculture, which funds WIC nationwide. During the webinar (called How to Engage More Dads in Your WIC Program), I asked this poll question: “Our WIC program is intentional about reaching out to dads (or dads to be).” I provided five options, ranging from “all the time” to “never.” The results were:

That means 69 percent responded with either “we need help,” “not really,” or “never.” Only 31 percent engaged dads!

The good news is that fatherhood efforts like Dedicated Dads, the Shelby County Health Department Fatherhood Initiative, and the Fresno EOC Fatherhood Program successfully engage dads as part of their own WIC program or in partnership with a WIC program. They’ve found ways to engage dads who fall into two categories:

These fatherhood programs have used strategies from Engaging Men & Dads at WIC: A Tool Kit, which is a free, online resource based on a programmatic review of fatherhood involvement efforts in early childhood programs. It includes a collection of many tangible steps a WIC site can take to become more inclusive of dads and covers the following topics:

In addition to that tool kit, the Fresno EOC Fatherhood Program uses NFI’s 24/7 Dad® as a key strategy to engage dads in small groups. Watch this video to learn more about the great work they’re doing with dads.

If you want to engage more dads in WIC programs, I encourage you to:

These three resources will set you on a path to engaging dads in your own agency’s or community’s WIC program.

Have you used these or any other resources to engage dads in a WIC program?