Posted by Christopher A. Brown June 28, 2022
Teach Dads These 3 Qualities of Successful Fathering
“Habits may be the smallest units of transformation, but they’re also the most fundamental. They are the first... END_OF_DOCUMENT_TOKEN_TO_BE_REPLACED
Posted by Ave Mulhern June 22, 2022
24/7 Dad® - Worth the Wait
Posted by National Fatherhood Initiative June 16, 2022
[Father’s Day Special] The CHI Podcast featuring NFI President Christopher A. Brown: Why Dads Matter

How Mass Media Portray Dads & What You Can Do About It

It's easy to complain about the negative fatherhood stereotypes that mass media often portrays. But, rarely do I see the depth of information and application of research into practical tips for leaders than what can be found in the following article from NFI's president, Christopher A. Brown.

Brown recently wrote a fasinating article titled, "Americans' View of Fathers' Competency as Parents Through a Mass Media Lens" at the request of Zero to Three Journal. Chris has over a decade of experience working with fathers at NFI, and in this article you can see his gift of applying science and research to explain culture and help individuals and organizations encourage more involved fathers. Let's talk about it... 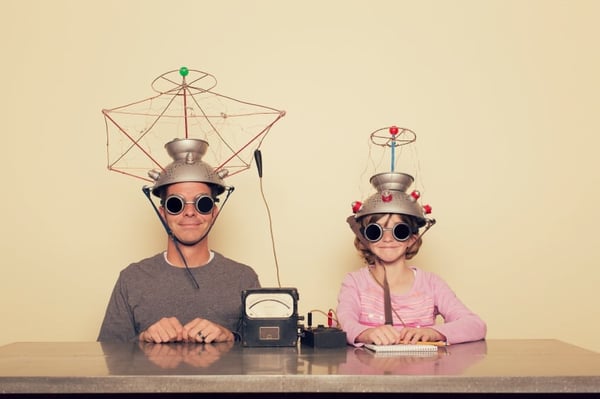 Brown's article was written to raises awareness among professionals in the field of infant mental health. But, you will no doubt see this information can be used by a much wider audience. Brown points out from the research that TV is still one of the major forms of mass media shaping our values and perceptions, from sitcoms to advertising and commercials.

He reveals some telling stats on America's use of TV, particularly:

The Fatherhood Image in TV and Advertising
From Jim Anderson in Father Knows Best to Al Bundy in Married...With Children and Jay Pritchett of Modern Family, TV dads are usually portrayed as foolish, no matter what race or socioeconomic status is depicted.

Brown says that fathers are still often portrayed by consumer brands as one extreme or the other. On the one side fathers are shown as incompetent, foolish, and emotionally disconnected as parents. "The double standard involves competent, wise, emotionally connected mothers who must often rescue those fathers," says Brown. He cites Lowe's and LG for his research.

But thankfully, there's the other extreme. Brands who show dads as competent, nurturing, and emotionally healthy parents. Brown cites General Mills Canada and Toyota as two such brands. General Mills' #HowToDad and Toyota's 2015 Super Bowl campaign "One Bold Choice Leads to Another" campaign promoted positive fatherhood images. The General Mills and Toyota campaigns show the reality of parenting today. As Chris points out:

"The influence of parents as partners in raising children is all aspects of domestic life has continued to grow. Fathers have taken on a steadily increasing share of the parenting load in recent decades (USA Today, 2013). Fathers spend more time than ever with their children generally, grocery and retail shopping for the family, and doing housework (e.g., cooking and cleaning). Fathers are also more focused than ever on the desire to balance work and family. Indeed, they're often more conflicted than mothers in this regard (Aumann, Galinsky, & Matos, 2011)."

Why is Fathers' Portrayal Important?
Research is clear that a child needs the presence and involvement of his/her father. We know that kids who grow up with involved fathers are better off across all physical, emotional, mental, and social outcomes than a child who grows up without his/her father. So, we can deduct that fathers' involvement is as least as important as mothers' involvement to the healthy development of the child.

This kind of negative slide is what Chris says can lead to the "ultimate detriment of children and families." He says:

"When professionals hold a negative view of fathers, they are reluctant to engage fathers and may unwittingly support negative maternal views of fathers by not encouraging the mothers to involve fathers. Professionals also reinforce fathers' negative view of themselves by not proactively engaging fathers to show them they can be good parents."

What You Can Do?
Brown writes more in depth in his article about how we view fathers and how that view effects us. But he doesn't stop there. He closes his article with helpful ideas of what professionals (like you!) can do to counteract the negative portrayals of fathers.

Remember, this is all about the well-being of children. So, the message that dad can be competent and involved only helps the cause -- it does not hurt. If you are a professional (educator or not) you have a special role in shaping the view of fathers' competency.

From TV portrayals, to mass media advertising, and even digital and social media, seeking to counteract whatever bad or negative portrayals you've seen from dads in your life is important—for you and for those around you.

The following list will prove helpful in seeking to view fatherhood as you should—as important and vital to children. The following tips can be found in more detail in the full article here:

The culture and mass media messages we see daily create a challenging atmosphere in which to engage fathers and create a culture where father involvement is important. Digital and social media increase this challenge. Whether you are combating negative portrayals of fatherhood in media, in your place of work, or in your own family, you can be a positive impact on a child. You can send a powerful message about the importance of fathers to the well-being of children in your life. Whether you've seen a great dad or not—you no doubt understand that creating more dads who are involved is a vital mission.

Please read our president, Christopher A. Brown's, full article by downloading the PDF here. It's only available for only a limited time.