Posted by National Fatherhood Initiative March 31, 2020
Free Podcast About Child Support > Great for Dads and Practitioners
Child Support and the topics surrounding it are always hot topics. There's just so much for dads and practitioners to... END_OF_DOCUMENT_TOKEN_TO_BE_REPLACED
Posted by Ave Mulhern March 24, 2020
The Power of One 24/7 Dad® Handbook
Posted by Christopher A. Brown March 19, 2020
Why Fatherhood Practitioners Are and Create “Upstream Heroes”

Why Peanut Butter Cheerios #HowToDad Wins at Cereal and Fatherhood

My daughters love Cheerios. I've had those little circles in my bed and in my shoes for years now. Today, I'm in love with a new Cheerios, Peanut Butter Cheerios, and I haven't even tasted it yet. Here's why...

General Mills Canada has managed to connect with a dad's desire to engage with his child in a fun way without degrading dads in their new campaign #HowToDad. The new commercial on YouTube reveals exactly what we at NFI hope other brands will do...show a dad as a fully functioning and capable parent...without degrading anyone in the family.

This campaign is more than a fun commercial; from the executive leadership of General Mills Canada on down to the creative folks behind the idea at Tribal Worldwide Toronto point out, “The Cereal category is traditionally more of a health-oriented “Mom” space – even though recent studies show that men do nearly half of the family’s grocery shopping, nothing in the Cereal aisle has ever truly spoken to Dads,” says Jason Doolan, director of marketing, General Mills. “We’ve set out to change that by celebrating what it means to be an awesome dad.”

The #HowToDad campaign was created by Tribal Worldwide Toronto and features a YouTube video showing dads parent differently. The video points to HowToDad.ca for more dad-content. “It just made sense to declare Peanut Butter Cheerios as ‘The Official Cereal of Dadhood,’ because like great dads, Peanut Butter Cheerios lie somewhere in the intersection of awesome and responsible,” says Josh Stein, creative director, Tribal Worldwide Toronto. “Dads are awesome and it’s awesome to be a dad." The campaign mentions that today, dads play a significant role in raising children, and celebrate their contribution. We are presenting General Mills Canada and Tribal Worldwide our NFI Fatherhood Award later this week. Stay tuned to #howtodad on social for more details.

The new commercial opens with the dad asking, "Why should you be proud to be a dad?" He answers his own question, "You know why...because our kids think we're awesome!" What continues is pure genius in its simplest form. The commercial follows dad as he walks through the house and back-yard explaining how awesome dads are...like Peanut Butter Cheerios! Watch the full commercial here.

At NFI, we know more and more dads like you are experiencing the satisfaction and reward of taking a more active role your child's life...and us dads should be celebrated. I love this commercial for its real portrayal of a dad and family. Tribal didn't pick the dumb dad or the passive dad routine to be "funny".

Much like our 10 Ways to Be a Better Dad, the commercial shows the simple ways dads are awesome. The commercial is a reminder that what us dads do impacts our relationship with our child. Watch the commercial and you'll see why the campaign is awesome. In short, it's because it shows how awesome dads are. Being an awesome dad takes at least these 10 things, maybe more: 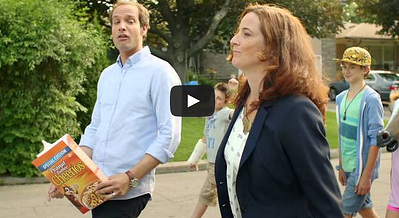 Watch closely as the dad in this commercial grabs coffee and passes it to his wife. He says, "Hot stuff coming through...the wife and the coffee." One of the best things you can do for your child is to love and respect mom.

If you're a single dad, my guess is that respecting your child's mother is still a good idea. We've said it before but it's worth repeating: When a child sees parents respecting each other, he or she is more likely to feel accepted and respected. We've written plenty on protecting your marriage. 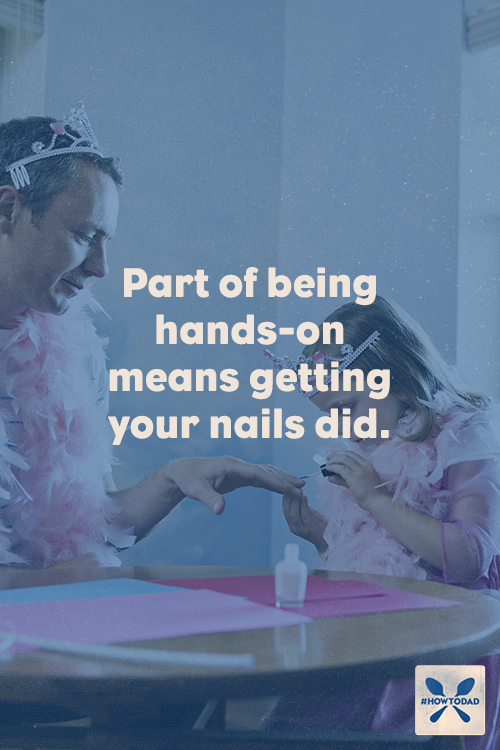 2) An Awesome Dad Spends Time with His Child

Kids grow up quickly; missed opportunities are exactly that—missed. Beyond these 7 Ways to Connect with Your Kids, understand like Cheerios says, "An Awesome Dad 'Never Says No to Dress Up'" and "An Awesome Dad Builds the Best Forts." 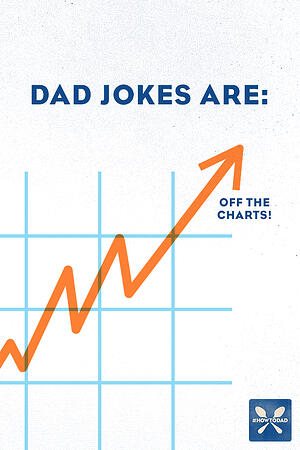 In some cases, the only time a dad talks to his child is when he or she gets in trouble. Take time and listen to your child's ideas and problems. Listening helps them feel respected and understood. Begin listening and talking with your child when he or she is young so when difficult subjects arise, they will be easier to handle as they get older. Or, just tell hilarious jokes...because that's what awesome dad does! 4) An Awesome Dad Disciplines With Love

All children need guidance and discipline, not as punishment, but to set reasonable limits. Remind your child of the consequences of his or her actions and provide meaningful rewards for desirable behavior.

A dad who disciplines in a calm and fair manner shows he loves his child. Get our 8 Things to Know About Disciplining Your Child. Said another way: An awesome dad knows how and when to discipline. "Because being awesome isn't about breaking rules—it's about making them." 5) An Awesome Dad is A Role Model

A dad is a role model to his child, whether he realizes it or not. A girl who spends time with a loving father grows up knowing she deserves to be treated with respect by boys, and what to look for in a husband. A dad can teach his son what is important in life by demonstrating honesty, humility, and responsibility. Here's a great example of a role-model dad in case you need one. 6) An Awesome Dad is a Teacher

Too often we think teaching is something others do at a school building. But a father who teaches his child about right and wrong, and encourages his child, will see his child make good choices. An involved dad uses everyday examples to help his child learn the basic lessons of life. Consider the vital knowledge you, and you only, possess with regard to music and classic movies. Consider how a dad can teach about fashion from this commercial: the awesome dad understands the Difference Between a Boy and a Man (see dad in commercial say to his son as he tilts his cap, "Suggestion...that's a Boy...that's a Man...")

7) An Awesome Dad Eats With His Family

Sharing a meal together can be an important part of healthy family life. In addition to giving structure to a busy day, it gives your child the chance to talk about what his or she is doing and wants to do. It is also a good time for dad to listen. Most importantly, it is a time for families to be together each day. 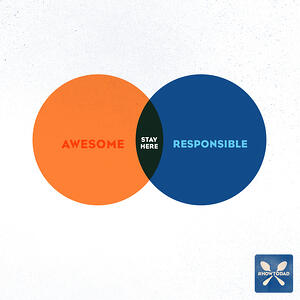 8) An Awesome Dad Reads To His Child

In a world where television and technology dominates, it is important that dad reads to his child. Read to your child when he or she is young. Instilling in your child a love for reading is one of the best ways to ensure he or she will have a lifetime of growth. We wrote a little something called 6 Tips on How to Show Your Child Reading is Awesome. Let's be honest, it's helpful. In other words, as dads, we "blow their minds." Your child needs the security that comes from knowing he or she is wanted, accepted, and loved. Dad, get comfortable hugging your children. Showing affection every day is the best way to let your child know he or she is loved. Remember as the commercial points out, "They (kids) look at us the same way they do superhero's...up...because we're taller."

10) An Awesome Dad Realizes A Father's Job Is Never Done

Even after your child is grown and ready to leave home, he or she will still look to you for wisdom and advice. Whether it's continued schooling, a new job or a wedding, you continue to play an essential part in the life of your child as he or she grows. Work hard. Dad hard. You can submit for #HowToDad here.

What's the one thing on this list you find the most rewarding?