Posted by Christopher A. Brown January 31, 2023
The Value in Customizing a Fatherhood Program
There’s a lot of emphasis these days on implementing fatherhood programs with fidelity. Indeed, many funders of... END_OF_DOCUMENT_TOKEN_TO_BE_REPLACED
Posted by Ave Mulhern January 24, 2023
A Few of My Favorite Things… and they are FREE!
Posted by Christopher A. Brown January 17, 2023
How Father Involvement and Bi-Strategic Parenting Positively Affect Children’s Brain Development

Loving Your Spouse More Than Your Kids

A few years ago, Ayelet Waldman wrote an article in the New York Times about how she loves her husband more than her children. It caused quite an uproar in the community of moms who called her a "bad mother" (and a lot worse) because of this. 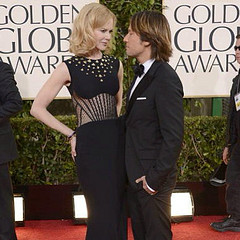 Well, it's happened again, but this time, it is a dad saying he loves his wife more than his children. It also happens to be a very famous married couple, Keith Urban and Nicole Kidman. Urban recently revealed in an interview that he loves Nicole more than their two children. To do justice to what he said, I have copied the entire quote here:

"We're very, very tight as a family unit and the children are our life, but I know the order of my love. It's my wife and then my daughters. I just think it's really important for the kids...There are too many parents who start to lose the plot a little and start to give all their love to the kids, and then the partner starts to go without. And then everybody loses. As a kid, all I needed to know was that my parents were solid. Kids shouldn't feel like they are being favoured. It's a dangerous place."

Urban may not even realize it, but what he said is incredibly profound. His family is in Australia, so things may be different there, but here in the U.S., we have become so child-centered that you are attacked when you make such statements (Editor's note: I realize this sentence can be misconstrued. Being child-centered is great. The point is that the most child-centered thing you can do is have a great marriage. So maybe "child-centeredness" is not the problem as much as "anti-marriageness" is). Some respondents to Urban's statement suggested that it is inappropriate to not love your own flesh and blood more than your spouse.

But research seems to back Urban's mentality. Generally speaking, the most important relationship in the home is the one between mom and dad. As Urban states, if their relationship fails, everyone loses. While we don't yet have research that shows specifically that marriages in which the spouses love each other more than the kids produce "better kids," we do know that kids who grow up in married homes do better, on average, across every measure of child well-being. We also know that divorce is not good for children. We also know that parents who are married to each other are closer to each other and to their kids than parents in any other family structure. Put that all together, and what Urban says looks pretty good.

Back in 2005, Ms. Waldman appeared on Oprah to defend this notion of loving one's spouse more than one's children. Our very own president, Roland Warren, was on the show to affirm her position. It was very much her (and Roland) against the world. None of the moms on the show agreed with them. But I would ask those who are angered by this notion if they have "checked it" with their children. As Urban so eloquently states above, the only thing that mattered to him was that his parents were "solid." That is where children get their sense of identity and stability from.

So, when we dote on our kids at the expense of our spouse, are we doing so because we know our kids want that, or are we really just fulfilling our own selfish needs? After all, it is "easier" to love a child, who typically loves you back without question. Things are messier with adults and they take more work.

So, before we jump on the Ayelet Waldmans and Keith Urbans of the world, let's at least consider this question from the perspective of what kids really need.

What do you think? Who do you love more, your spouse or kids?