Posted by Ave Mulhern January 24, 2023
A Few of My Favorite Things… and they are FREE!
You may know that National Fatherhood Initiative® (NFI) is the nation's leading provider of fatherhood research,... END_OF_DOCUMENT_TOKEN_TO_BE_REPLACED
Posted by Christopher A. Brown January 17, 2023
How Father Involvement and Bi-Strategic Parenting Positively Affect Children’s Brain Development
Posted by Erik Vecere January 10, 2023
One-On-One Delivery of NFI Programs – So Simple, So Effective!

The Moral Rationalization of Non-Married Fatherhood

I’m an avid reader of business articles (e.g. what works in business) because they spark ideas that NFI has implemented to help us effectively pursue our mission. But rarely do I read such an article that helps build my knowledge about the cultural challenges we face in promoting involved, responsible, committed fatherhood.

Recently, however, I read an article on research conducted by professors at the Wharton School (the preeminent business school at the University of Pennsylvania) that examines how people react to scandals of celebrities with huge brands, and it provided me with additional insight on how our society has dealt with the crisis of father absence. 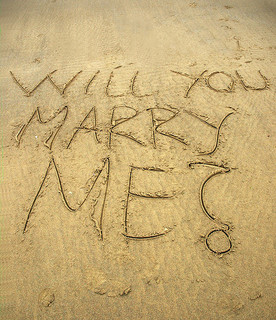 The researchers conducted several studies on how people react to “moral transgressions” by public figures (e.g. athletes and politicians) and whether they were more likely to react with “moral rationalization” or “moral decoupling” to those transgressions.

In moral rationalization a person downplays the moral transgression. “It’s not so bad,” they say. “Everyone else does it.” Thus, the transgression becomes excusable.

Remember the Tiger Woods sex scandal? (Unless you live under a rock, I’m sure you do.) What about the Michael Vick dog-fighting conviction? What has happened since those two athletes came under scrutiny for their transgressions? They’re just as, and perhaps more popular, than ever.

Forgiveness aside (and I don’t discount the importance of forgiveness), these athletes have probably benefitted from a branding standpoint because of those transgressions. (Note how Lance Armstrong’s Livestrong Foundation has seen its donations rise in the wake of him dropping his fight against doping allegations.)

The researchers found that people engage more often in moral decoupling because it allows them to maintain their view that the act was immoral and that it had or has no effect on their performance (in whatever way they perform—on the field, in Congress, etc.). Fans of Tiger and Michael say, “Sure. What he did was wrong, but I see no reason why that should affect whether I’m a fan.”

So what does this research have to do with fatherhood? Do people engage in moral decoupling when they react to non-married fatherhood? Nope. The reason is that we no longer look at non-married fatherhood as a moral transgression. Consequently, we don’t have to separate a father not being married to the mother of his children from his ability to be an involved, responsible, committed father despite the reams of evidence that marriage arose in cultures across the world in large part to connect fathers to their children, and that it provides the best environment in which to reduce the risk that children will grow up facing a host of risks.

You see, non-married fatherhood (and motherhood, by the way) has become excusable. As we’ve seen a rise in the number of out-of-wedlock childbirths leading to more and more children growing up without fathers, we’ve engaged in moral rationalization rather than moral decoupling. We say, “It’s not so bad. So many people are doing it that it doesn’t really matter.” (You only have to watch one episode of the hugely-popular Jersey Shore or the many other reality shows and sitcoms that celebrate out-of-wedlock child bearing to see my point.)

Don’t get me wrong. My argument isn’t that a specific unmarried dad can’t be a good father to his children. But when viewed through the lens of our culture and population at large, the conclusion that we have rationalized away the morality of unmarried fatherhood is undeniable. It has moved us away from our society's real need to address it in a preventive manner.

Unfortunately, the consequences of this rationalization are a huge burden on our society as noted in NFI’s 100 Billion Dollar Man study. But perhaps even more frightening is that it has, sadly, set the stage for the current debate about whether fathers are even relevant any longer.