Posted by Melissa Byers August 16, 2022
[Free Resources] Share the Success Sequence With Families You Serve
A few weeks ago, I posted a blog that highlighted the most recent findings on how the success sequence is effective for... END_OF_DOCUMENT_TOKEN_TO_BE_REPLACED
Posted by Christopher A. Brown August 9, 2022
Have Americans’ Attitudes About Stay-at-Home Dads Truly Changed?
Posted by National Fatherhood Initiative August 2, 2022
Parenting Styles – Which One is Best?

What in the world was Adrian Peterson thinking when he took a switch -- specifically, a tree branch -- to his 4-year-old son? He wasn't thinking, and that's part of his problem. But there's more to this horrible situation than meets the eye. 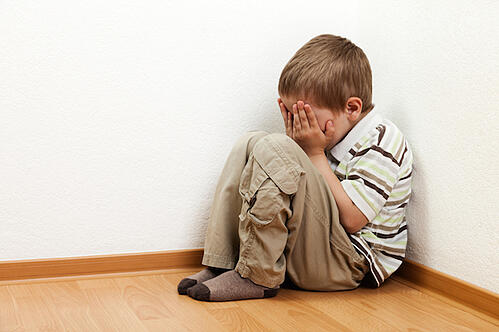 I decided to wait nearly a week after this story broke to write this piece because I've learned that these stories are like the proverbial layers of the onion. We learn more and more as the layers peel away over the days, weeks and, sometimes, months after such a story becomes public. This story still has some legs, especially as we wait to see how the legal system will judge Peterson's action. But as is typically the case, the court of public opinion is moving at light speed to render judgment on Peterson, no doubt fueled by the Ray Rice and Greg Hardy domestic-violence incidents, and the lack of appropriate NFL policies that address domestic and family violence perpetrated by its players.

Even though this story continues to unfold, I decided to write this piece now because of what's been absent from coverage of this story -- two vital reasons Peterson acted in such a stupid, harmful manner.

First, Peterson was and still is ill prepared for being a father. Let me be clear. I'm not talking about whether he loves or genuinely cares for his son. I'm also not saying he lacks any knowledge or skill in being a father. What he clearly lacks, however, is an adequate base of knowledge and skills required of a nurturing, loving father, particularly in the area of disciplining a child.

Second, Peterson lacks even a basic understanding of the difference between discipline and punishment. I'll unpack this second reason before I return to the first one.

The evidence for this lack of understanding first appeared in a statement issued by Peterson's attorney, Rusty Hardin, who said, "Adrian is a loving father who used his judgment as a parent to discipline his son. He used the same kind of discipline with his child that he experienced as a child growing up in east Texas."

The evidence mounted several days later when Peterson spoke for the first time about the abusive act and said:

"I never imagined being in a position where the world is judging my parenting skills or calling me a child abuser because of the discipline I administered to my son... I have to live with the fact that when I disciplined my son the way I was disciplined as a child, I caused an injury that I never intended or thought would happen. I know that many people disagree with the way I disciplined my child."

(Click here for the full text of Peterson's statement.)

Count me in with the crowd who disagrees as you notice how Peterson and Hardin harp on the notion that Peterson "disciplined" his child.

He did not discipline his child. He used a violent, fear-based, abusive form of punishment that was, tragically, used on him as a child.

That Peterson never questioned how he was punished as a child is also part of his problem.

Discipline, which originates from the Latin word "discipulus," means "to teach or guide." To punish means, no pun intended, to "penalize" someone for an offense through pain, loss, confinement, or even death. Taking a switch to a 4-year-old in today's world, or in the world of the recent or distant past, is simply a form of abusive, fear-based punishment meant to inflict pain. It in no way teaches or guides. Anyone who doesn't realize this kind of punishment can injure a child is not in his or her right mind.

Too many fathers, and parents in general, confuse discipline and punishment. They use the terms interchangeably. (Peterson and Hardin clearly fall into this camp.) They default to punishment because they either lack knowledge of effective ways to discipline their children or, if they know of alternatives; they take the easier, swifter path because, quite simply, discipline requires more work than punishment. Discipline requires skill in applying proven techniques. It also requires parents to be calm, patient, and nurturing before, during and after disciplining children, a quality some parents sorely lack. It also requires comfort with failure as parents learn how to effectively apply the techniques of child discipline and which ones work best with their children.

Moreover, when these parents punish -- and there are times when it is appropriate to punish children -- they use violent forms that are unnecessary and place their children at risk for injury, not to mention the damage these forms have on parent-child relationships. These parents lack the knowledge of effective, non-violent forms of punishment.

This specific lack of knowledge and skill in the discipline of children underscores a larger problem, particularly as it concerns fathers and our culture in general. Too many men become fathers without an inkling of how to be a good father. Our culture does a pitiful job of preparing men to be good fathers, and fathers know this. Several years ago, researchers from the University of Texas and Rutgers University conducted the most significant national study to date on fathers' attitudes on fathering. Only slightly more than half of the fathers surveyed "agreed," and less than a fourth "strongly agreed," that they felt adequately prepared for fatherhood when they first became fathers.

As this story continues to unfold, we must not only examine Peterson's culpability and the appropriateness of the actions taken by the NFL and the Vikings in punishing him. We must also examine the culpability of our society for its inadequate preparation of men to be fathers and lack of training for fathers in the knowledge and skills required to be involved, responsible, committed fathers. (National Fatherhood Initiative tried for years, with no success, to work with the NFL in providing fathering training and resources for its players.) While that latter examination doesn't absolve Peterson of his individual responsibility in abusing his child, it at least acknowledges that his action didn't occur in a vacuum. Fortunately, and encouragingly, the legal authorities and the citizens in east Texas who indicted him recognized his action for what it is. Let's hope Peterson will eventually do the same.

How were you disciplined and/or punished as a child? How does how you were raised help (or harm) your style of discipline as a parent today?