Maternal Gatekeeping & Why It Matters for Children 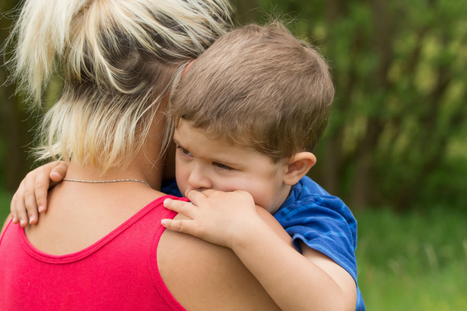 The Greeks believed that to enter Hades after death, a person had to cross the River Styx. A payment to the boatman Charon was required to cross the river. Charon was a gatekeeper to the Greek underworld.

A gatekeeper is someone who supervises and maintains boundaries for a person or place. Someone who acts as a gatekeeper of a secured building, for example, monitors the access to this building and makes sure that only authorized or legitimate persons are allowed in. The gatekeeper’s job is to make certain no one enters who will act in ways that hurt the members inside the building, increase the likelihood of a theft, or gain access to information to which they have no right.

Gatekeeping is not always designed to protect people against those who would threaten or hurt them. The courts and public buildings are not the only places gatekeeping occurs. Sometimes people engage in gatekeeping because they believe it is part of their job (as a parent, for example) to look out for a child whom they feel or know can’t protect himself or herself. Gatekeeping thus applies to childcare and the fact that a vital role of parents is to supervise others’ access to their children. One objective of a parent is to allow “in” people who are good influences in the child’s life and keep “out” people who might be harmful.

What is “Maternal Gatekeeping”?

Maternal gatekeeping refers to a mother’s protective beliefs about how much and whether a father should be involved in their children’s lives. It also involves the behaviors between parents that either support or restrict co-parenting (or shared parenting). Maternal gatekeeping occurs regardless of whether parents are married, divorced or unmarried, and regardless of the parents’ satisfaction with the relationship between them. It can be more of a problem, however, when parents don’t live together and when the relationship between them is not a good one.

The reasons a mother engages in gatekeeping vary. They depend on individual, couple, and familial circumstances and situations. Mothers might have a difficult time giving up responsibility for care of the family, might want to validate their role as mothers and be recognized for the sacrifices they make for their families, or might view the father as inept or even a danger to his children. This latter view might be based either on actual evidence, the father’s past behaviors, or her personal perceptions of him and his failures as a man and father.

Furthermore, she might protect her child purely as a function of the child’s age. If the child is not old enough to verbalize his or her own needs and desires, she might feel qualified to make decisions and judgments for that child, thus becoming the monitor, supervisor, permission grantor, and controller of all others’ involvement with the child— including the father’s.

Maternal gatekeeping can have a huge impact on a dad’s access to his child. If the mother of his child engages in gatekeeping, she does so because she believes that giving dad access to and involvement in the life of their child should be limited or prevented altogether.

This belief causes her to behave in ways that can include:

The more gatekeeping mom does, the more it affects how often dad will see his child and how his child views him, especially as their child ages. Moms might use gatekeeping as a weapon to exclude dad from his child’s life. She might want to “pay him back” for letting their child down, or hurt him in some way or for being a lousy parent or partner/ husband in the past. She might not even realize when she “takes revenge” and might find it hard to stop.

Gatekeeping often starts and can increase in times of conflict. These times can be marked by power struggles between mothers and fathers. In the face of potential or actual separation or divorce, parents often feel very angry at each other, hurt with each other or less connected. It takes more effort to work together for the sake of their children.

Even if dads don’t live with the mother of his child and don’t have a good relationship with her, dads can help by changing how he resolves issues and conflict, how well he communicates with mom, and how well he fathers his child when he’s with him or her. A great resource to help dads here is our co-parenting bundle, which can help dads build good fathering habits

But first, dads must ask themselves whether they have said and done things that give the mother a reason to limit or prevent access to his child. If so, dad must admit to those actions and apologize to mom and his child before he can expect her to reduce her gatekeeping.

Remind dads that you serve that it might take a long time for mom to reduce her gatekeeping, especially if it’s lasted a long time, and dad has said or done things that give mom a good reason to engage in gatekeeping. But the fact remains that it is in his child’s best interest for dad to be involved, provided that he’s a safe, non-violent person.

It’s never too late to help dads understand that they can work toward being the best dad they can be despite maternal gatekeeping and other difficult circumstances they may face.

We've created resources that can help organizations help moms identify their gatekeeping behavior. Our  Understanding Dad™ with Mom As Gateway™ Bundle helps moms reflect on the importance of her children's father to their overall well being, and gives them practical advice on how to more effectively interact with dad.

Mom's can also benefit from our Understanding Dad™ Program, which encourages self-awareness and helps moms improve the communications skills they need to improve their relationship with the fathers of their children.