Posted by Erik Vecere September 15, 2020
How to Keep Problem Participants from Derailing Your Group Sessions
You’ve reviewed the objectives of your upcoming group session. You’re comfortable with the session’s objectives,... END_OF_DOCUMENT_TOKEN_TO_BE_REPLACED
Posted by National Fatherhood Initiative September 8, 2020
Challenging yet positive parenting style benefits children's development
Posted by National Fatherhood Initiative September 1, 2020
Three Tips On Making These The Best Times To Be A Parent

[Video] Why Punishing Dads Who Owe Child Support Doesn’t Work, and What Does Work 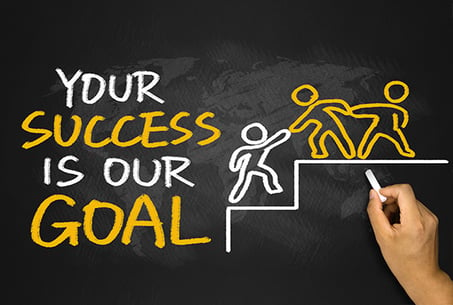 Help. Such a simple, powerful concept.

Unfortunately, it’s a concept that’s often overlooked when it comes to getting dads who owe child support to pay up.

For parents in Colorado who owed child support—the vast majority of whom were dads—help is exactly what they got from the Colorado Parent Employment Program (CO-PEP), an innovation of the Colorado Department of Human Services. And what a difference it made in child support payments.

The key to the success of CO-PEP was taking a two-generation approach—2Gen, for short—to better understand the needs of the entire family, parents and children. CO-PEP focused on parents who were “willing, but unable to pay” and who were “willing to engage in work, treatment, and other supports” that would help them to pay and pay regularly. The results were remarkable as described in the following excerpt from a brief on CO-PEP by Ascend at the Aspen Institute, a nonprofit that specializes in helping states and organizations implement 2Gen programs and initiatives including CO-PEP.

“Of the 1,500 parents who were behind on their support payments, 85 percent were men. In order to rigorously assess the efficacy of the approach, half of this cohort were handled with the traditional, outdated child support enforcement practices. The other half were assigned a case manager whose mission was to figure out why the parents were not making payments and to help them overcome those barriers. In return for parents agreeing to engage in services, the division agreed not to suspend driver’s licenses or seek other sanctions. Within six months, two-thirds of these parents (who were either unemployed or under-employed when they entered CO-PEP) had full-time employment. Within a year, three-quarters were working and increased their payments.”

While reading the brief will help you learn more about CO-PEP, there’s nothing like hearing from parents and case managers who participated in it. Watch the powerful report below from Rocky Mountain PBS to learn more about why CO-PEP had such a remarkable impact. It features the work of Jefferson County Human Services, an agency in one of five counties that participated in CO-PEP and a long-time partner of National Fatherhood Initiative®.

To learn more about CO-PEP, I encourage you to read the brief.

To learn more about some other states that have taken a supportive rather than punitive approach to increase child support payments, read my previous posts on efforts in Iowa and Kansas.

What approach does your state take to increase child support payments? Is it punitive or supportive?

Did you know about the increased interest in 2Gen programs and initiatives? Click here to learn more about 2Gen.