What To Do When Teen Boys Become Fathers 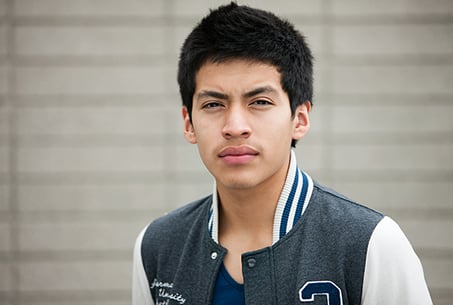 In its current season, the hit TV show This Is Us introduced a new storyline featuring Asante Blackk, who plays a black teen father. It’s a sympathetic and compelling portrayal that shows this young father doing the best that he can to care for his young child. I was pleased to see this because, years ago, just a few months after my 20th birthday, I was in that situation when I received the news that my nineteen-year-old girlfriend was pregnant with our child. Indeed, in many ways, this “art” imitated my life. However, a key difference was that my girlfriend and I got married and have remained so for over 37 years.

That said, this unique storyline exposes our nation’s double-mindedness when it comes to teen fathers, especially black ones. On the one hand, some want teen fathers to “buck up “and “do the right thing.” However, this usually means they simply want them to provide financially, which is a reflection of our culture’s tendency to view fatherhood strictly in economic terms. There is really no thought of helping teen fathers develop the skills to excel as fathers, build strong families or healthy marriages with the mothers of their children. On the other hand, some suggest that all parties would be better off if a teen father would “exit the scene” and let the teen mother and her family deal with the pregnancy and the raising of the child. After all, the teen father is just a boy who can’t possibly have anything positive to add to his child’s life.

Therefore, it’s not surprising that teen fathers are too often locked into a “fight or flight” dichotomy. And, unfortunately, some take the flight option rather than fight for a role in their child’s life. Over the years, I have thought about why running away for many can be the more tempting decision to make. And, I have concluded why…

Teen fatherhood is the death of boyhood.

In 1969, psychiatrist Elisabeth Kübler-Ross, author of the groundbreaking book, On Death and Dying, introduced the now famous model for how to cope with death called the five stages of grief. Of course, this framework was designed for the end of life but it gives us powerful insight into the dilemma teen boys face when confronted with the prospect of losing their boyhood to become fathers. They are grieving the death of their boyhood.

The five stages of grief that Kübler-Ross describes are: denial, anger, bargaining, depression, and acceptance. Having gone through this process, I remember these stages well. For example, when I first found out that my girlfriend was pregnant, I did not want to believe it. I was in denial and frankly a bit angry that my violation of God’s principles about sex outside of marriage had resulted in this consequence.

You see, boyhood is fun primarily because you can say yes to just about anything. But, when one becomes a father, this is no longer the case. I started saying no to lots of things most guys my age took for granted. No, I can’t go to that party. No, I can’t go on that road trip. No, I can’t stay up until 2 AM and watch TV. It was a lonely time as my friends increasingly lived their lives without including me. But, I had a responsibility to care for my wife and child.

At times, I even tried bargaining with myself. I tried to negotiate with myself regarding how much of my life it really would take to be a good father. When I realized that being an involved, responsible, and committed father was going to be a full-time and all-consuming commitment, I realized my life as I knew it or dreamed it would be must come to an unceremonious end. This certainly was depressing in many ways.

However, by the time my son was born, I realized what an incredible blessing he was. After my parents separated when I was about seven years old, my father slowly faded from my daily life. His absence hurt quite a bit and still does today. You see, kids have a “hole in their soul” in the shape of their dad and if a father is unwilling or unable to fill this hole, it can leave a wound that is not easily filled. Alas, I was a wounded soul. So, I was deeply motivated to make sure that my son would not be. I entered into the acceptance stage.

By understanding teen fatherhood as the death of boyhood, we can come to a deeper appreciation of the unique challenges teen fathers face, often with little or no support because, generally, most of the focus is on the teen mother. Accordingly, it is very easy for these fathers to become disconnected from what is happening around them during the pregnancy and never make the progress through the stages of grief to acceptance before their child is born. This is very unfortunate since the research is clear that a father’s involvement provides unique benefits to child well-being. Moreover, one of the reasons that teen mother is so difficult is because we don’t proactively work to engage the teen father that got her pregnant.

In any case, of course, no one wants teens—girls or boys—to become parents. But, unfortunately, it happens. When it does, we must do all we can to engage, support and train the boys, just like we do the girls, to be good parents. Their children deserve nothing less.

This article originally appeared on patheos.com and was reposted with permission from Roland Warren. Roland is President and CEO of Care Net. 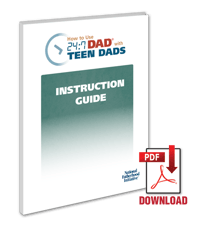 Do use NFI's 24/7 Dad® Program and work with teen fathers?