Posted by Christopher A. Brown January 31, 2023
The Value in Customizing a Fatherhood Program
There’s a lot of emphasis these days on implementing fatherhood programs with fidelity. Indeed, many funders of... END_OF_DOCUMENT_TOKEN_TO_BE_REPLACED
Posted by Ave Mulhern January 24, 2023
A Few of My Favorite Things… and they are FREE!
Posted by Christopher A. Brown January 17, 2023
How Father Involvement and Bi-Strategic Parenting Positively Affect Children’s Brain Development

Beasts of the Southern Wild: A Fatherhood “Review”

Each week, we will post a review of one of the four films National Fatherhood Initiative has nominated for the 2012 Fatherhood Movie of the Year. These will not be your typical movie reviews, but will instead focus on what in particular makes the movie a good “fatherhood movie.” Our first entry is on Beasts of the Southern Wild. 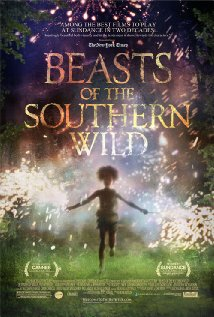 One of the hardest things for many dads to do is express love and reveal their emotions to their children. Often, and unfortunately, anger is the only emotion men are really comfortable expressing. This is true of Wink, the father in the highly-praised film, Beasts of the Southern Wild (it is up for several Oscars, including Best Picture).

If you are looking for a film with a sugar-coated relationship between a father and his daughter, this is not the film for you. It takes a very gritty, sometimes shocking look at what can transpire when people are faced with severe challenges, like isolation, grief and poverty.

But it is in the conflict where the true “fatherhood magic” happens in this film. Early in the film, we see that Wink is very hard on his daughter, Hushpuppy, played brilliantly by newcomer Quvenzhané Wallis (also nominated for an Oscar). He yells at her, expects her to fend for herself despite her very young age, and even beats her. In a particularly difficult scene, he slaps her repeatedly to the ground.

It is what Hushpuppy makes of this situation that holds an incredibly valuable lesson for fathers. Despite the mistreatment, Hushpuppy very clearly loves her dad and she knows that he loves her, despite his inability to effectively express it. This is critical for fathers to understand, especially dads who are facing particularly difficult circumstances.

For example, in NFI’s work with incarcerated fathers, one of the first obstacles we have to overcome in helping these men reconnect with their children is to convince them that despite what they may have done in the past, their children still need and love them.

In Hushpuppy’s case, she is willing to go on a long, hard journey to save her father’s life, despite the fact that he is not the Father of the Year. No, but he is her dad, and she desperately loves him.

By no means are we suggesting that dads should be callous in their behavior toward their kids, resting assured that their children will love them anyway. But what Hushpuppy teaches us dads is that we are entrusted with a sacred relationship that is forged in love, and it is up to us to hold up our end of the bargain and give our children the love they so desperately need and want from us.

Beasts of the Southern Wild is by no means a one dimensional film – you will learn a lot by watching it. But from NFI’s perspective, it is, at heart, a movie about why fathers matter. And for that reason, we have nominated it for the 2012 Fatherhood Movie of the Year.

Have you seen this film? What did you think about it?