Posted by Christopher A. Brown February 23, 2021
How Fatherhood Programs Can Get into the 2Gen Game
One the most recent and fastest-growing efforts to strengthen families are two-generation (2Gen) programs and... END_OF_DOCUMENT_TOKEN_TO_BE_REPLACED
Posted by National Fatherhood Initiative February 16, 2021
After jail: DeAndre McCall's fatherhood awakening
Posted by Christopher A. Brown February 9, 2021
What 713 Dads Say About InsideOut Dad® Provides Further Evidence for Its Effectiveness

Poverty. Behavioral issues. Drug abuse. Becoming pregnant as a teen. Prison. Local leaders have come together to form the Richmond County Fatherhood Initiative, which hopes to reach fathers of all backgrounds throughout the Northern Neck of Virginia. Their goal? Make sure fathers are there for their children, their families, their community. 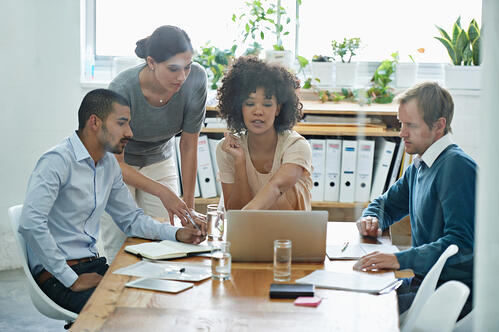 If you've seen our post on The Father Absence Crisis in America, then you know the issues that can arise when a child grows up in a home without a father. For Richmond County, these statistics are likely realities. In a news story on the Richmond County Fatherhood Initiative, we read how dads are learning to connect with family—and how this is helping the community.

We often talk about the national epidemic of father absence. However, the realities can and should be broken down into state by state (community by community) levels. If you read our post on what's happening in Richmond prisons titled When Dad's in Jail, you will no doubt understand the stats related to father absence are realities that we must work to make more and better fathers.

Philip Belfield, the Branch Executive of the Richmond County YMCA, has said of the father absence problem:

“When I saw the statistics of the results, what happens to kids and families that don’t have fathers that participate, it’s really staggering...And to see that is happening right here in our area in the Northern Neck, where more and more fathers are not participating in their families’ lives, I feel like that’s something that 1) personally, but 2) [with] my role with the YMCA, we can play a positive role in that area.”

The Richmond County Fatherhood Initiative grew out of a forum conducted by Claudette Henderson, the former Director of Richmond County Social Services. The forum centered on the need for a fatherhood presence in the local area.

“When I heard about this program, I had to join,” said Davis Roberts, principal of Richmond County Elementary.

Coming together to kickstart the program were local community leaders including

Another helping hand came from Virginia Delegate Margaret Ransone (R-99th) who, according to Davis, played a key role in gathering advertisement for the community support group.

“As a woman and a mom, it was eye opening for me to recognize the impact fathers have on their children,” Ransone said. “It’s easy to get on a routine and forget what our Dads really mean to a family.” —Virginia Delegate Margaret Ransone (R-99th)

The Rest of the Fatherhood Story in Greater Richmond
NFI has been working to help fathers and families in Virginia for years. For instance, First Things First of Greater Richmond received a capacity-building grant from NFI in 2007 to start building the foundation it needed to create a sustainable fatherhood program. With the foundation in place, they began adding the elements that would make up an effective fatherhood initiative across the city and surrounding counties like you're starting to see today.

First, they began using NFI curricula to meet the community’s needs. They partnered with AmeriCorps and Richmond City Human Services for a grant to hire two part-time staff to deliver NFI’s InsideOut Dad® Program in the Richmond City Jail. They also partnered with the Henrico County Public Schools Fatherhood Initiative - Man Up, which was not using a curriculum, to begin offering NFI’s 24/7 Dad® program.

All of this work helped raise public awareness in the community about the importance of serving fathers. For example, NFI’s Fatherhood Resource Kiosks, filled with brochures for dads, were a public, visible sign that services were being provided to dads. First Things First also worked with the Richmond Family and Fatherhood Initiative to help them diversify their resources and provide instructors to deliver various programs.

Want to see First Things First in action in Richmond City Jail? Watch testimonials from participants in (Richmond, VA): In this video, see how InsideOut Dad® is helping teach men to be better husbands and dads and connect to their families.

First Things First has also promoted their story well—using publicity to ensure that the community knows the positive work they are doing, such as working with the jail to promote the use of InsideOut Dad®, which resulted in a story in the Richmond Times Dispatch. Additionally, they are using various resources at their disposal to educate and inspire their partners and their community about the importance of providing services to fathers. Here are just a few services provided by other groups or companies First Things First partners with various organizations and entities to carry out its work:

We are proud to be helping the Greater Richmond area reach fathers and are excited about what we've seen can happen when a group of leaders see the problem and work toward a solution. Go Richmond, and go dads.

Here are a few resources you will find helpful for more information: